Deputy Chairman of Parliament Meets with Ambassador of Armenia to Georgia 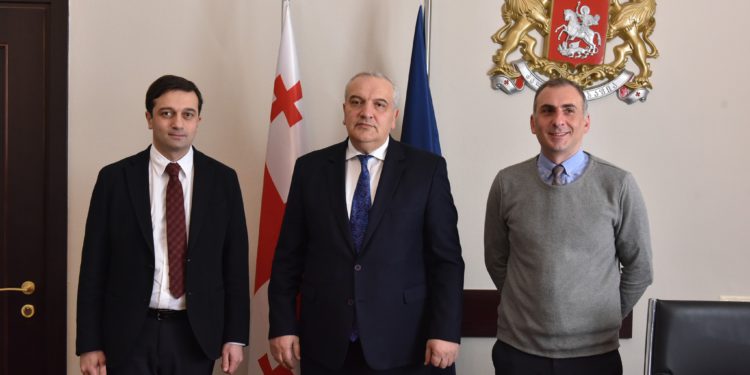 Deputy Speaker of the Parliament Levan Ioseliani met with the Ambassador of Armenia to Georgia Ruben Sadoyan. The conversation focused on the importance of Georgian-Armenian relations in the regional context.

“For our part, we have provided information on ways to ease the crisis. The guest was also interested in the ongoing electoral reform in the country, and the judicial reform, about which we talked in detail. The topic of the meeting was also the importance of Georgian-Armenian relations in the regional context.

We also talked about the ongoing projects in the direction of integration into NATO and the European Union and the concrete steps that are being taken in this regard, ” said Ioseliani.

The information about the meeting was published by the Parliament of Georgia.