Degnan: It is Melia’s Personal Decision to Stay in Prison or Not 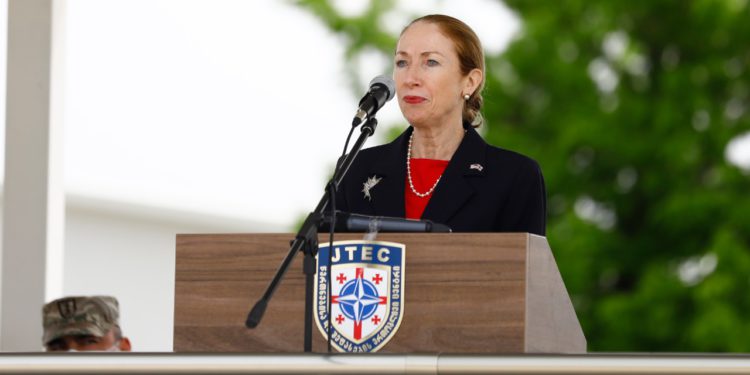 US Ambassador Kelly C. Degnan told journalists that the mediators are discussing different ways to release Nika Melia, including via the Law on Amnesty.

“Reaching an agreement was an important and progressive step. The process goes on. The painful period was 2019-2020, and after long negotiations, it was still not easy to reach a compromise,” she said.

“The Law on Amnesty is being discussed. It is Nika Melia’s personal decision whether to stay in prison or not. We’re talking about different ways of releasing him. The country needs to be able to meet the biggest challenges.”

The United National Movement says that the document proposed by Charles Michel will not be signed while the Party Chairman Nika Melia remains in prison.