David Patrikarakos: Had Ukraine Fallen in 3 Days, Putin Would Have Been Halfway to Georgia and Moldova Already 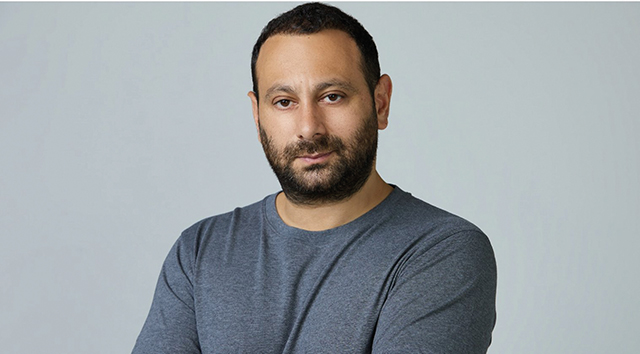 What can Putin boast over 100 days on from his invasion of Ukraine? This was the principle question Radio Free Europe’s Georgian service asked British journalist and author David Patrikarakos, whose book, “War in 140 Characters: How Social Media Is Reshaping Conflict in the Twenty-First Century,” drew from his time embedded with forces in the Russian-Ukraine conflict and reporting on the 2014 Hamas-Israel conflict, Operation Protective Edge and ISIS, to explore the increasing role played by social media in modern conflict. On its publication in 2018, Patrikarakos’ book was widely reviewed in the international press, including by Ben Judah in The Times, who wrote that “War in 140 Characters should be mandatory reading at Sandhurst.” In the military sphere, War in 140 Characters was placed on the reading lists for the Munich Security Conference and the UK’s Royal Air Force Center for Air Power Studies and singled out as essential reading by Admiral Foggo at an October 2018 meeting of the Atlantic Council.

The 100th day of the war – where are we at?
I see this lasting a very long time. I think the war is still in the early stages, unfortunately. The beginning was about whether Ukraine would completely fold – it did not. Now we’re going into the end of the beginning of what I think is a long phase of frozen conflict. It just seems like it’s the Donbas playbook writ large. You now have the land bridge all the way down to Crimea. You throw in your rubles and your Russian passports. The difference there is that they didn’t completely flatten cities before. Right now in Mariupol, the remaining population are very unlikely to want to be part of any kind of Russian state given what’s happened. So are you going to do what Stalin did and just repopulate those areas with people from Russia proper? Either way, it’s a frozen conflict now.

I don’t think the Russians can get a total military victory over Ukraine. I think that’s gone. We got to the stage, depending what kind of weaponry comes in, where the Russians cannot take any more territory, because the Ukrainians will push back; and the Ukrainians cannot launch counter-offensives anymore, because the Russians will push them back. And once we reach that equilibrium, then I guess that’s where things stay, unless something changes on either side. If you’re the Kremlin, and you want to try and defeat Ukraine, clearly, you’re not going to be able to march to Kyiv. But maybe what you can do is strangle it economically over months and years. This would be a partial victory for them – “if they don’t want to join us, then we make sure they don’t join anyone else.”

Putin has more land than he had before Feb. 24. Some of which contain Europe’s second largest known reserves of natural gas. He got uncontested control on the Azov Sea coastline, the land bridge to Crimea. Can he really be considered a loser in real politics terms?
It depends what his objectives were. If your objectives were to take the whole of Ukraine, and annex it to Russia, then yes, he is a loser. Obviously, he’s got a land bridge to Crimea. So I guess that’s a bonus. But at what cost? 30,000 Russian soldiers dead.

Russia’s entire reputation as a military superpower has been destroyed. Their army is an army of serfs without adequate rations

Does he care?
Probably not about the soldiers, but as Russia’s deterrence as a strong manpower, probably. That’s vital to Russia in Syria and places like that. I just don’t really think you can see Ukraine as a victory for Russia. Their entire reputation as a super military superpower has been destroyed. Their army is an army of serfs [that] don’t have adequate rations.

David Beasley, head of the UN World Food Program claimed, “Millions of people around the world will die because these ports are being blocked.” Is Putin orchestrating its own makeshift Holodomor on a worldwide scale?
I don’t think it’s there yet. We could have serious food security issues come July – hunger, not famine. This is going to be a worry. I wouldn’t trust Russian security guarantees, to be honest. But something has to be done. Given the level of worldwide pressure, and at the end of June there comes a new crop of grain, which will make it even worse. They’ll have to do something.

Putin is demanding an easing of sanctions to cooperate on this.
As he would, because that’s leverage for him. I’d rather not see the sanctions on Putin eased. I think pressure should be put on opening the harbor for humanitarian reasons. The international architecture needs to get that that grain out. But let’s see. It may well be that they have no choice. It depends how firm they can stand in the face of food security issues They’re going to come online, really in the next month or so.

Georgia, like Ukraine, is cursed by its geography – maybe even more than Kyiv, because its smaller

As a journalist, do you see the war narrative in the West fading?
The news cycles are going to fade, Ukraine is going to drift out of the news, it already is, and things are going to move on. And that’s what the Russians are waiting for. They’re hoping that a lot of this stuff will die down, and then in a few months, people start to visit Russia again, things can go back, if not to normal, at least close. Some of the companies may go back in. I think that’s all he is banking on. And that’s a great danger for Ukraine. Unfortunately, there’s nothing you can do about it- the news cycle will eventually move on. People will get tired of what is fundamentally an unpleasant subject.

Should Ukraine be concerned that the support Prime Minister Johnson has provided will evaporate due to one night of drunken shenanigans?
I don’t think so. Boris tends to get away with things all the time. Even if Boris resigned, I don’t think the support would evaporate. He was obviously quite personally invested in it, because of where he is, but also because it’s a good distraction from all these parties. I think that’s probably the least of Kyiv’s worries right now.

Ukraine is perennially cursed by its geography, you say. If that is the standard to go by, what can be said about Georgia?
Well, Georgia is equally unfortunate, maybe more so, because it’s smaller. All the countries around Russia who have had to live with Russia, Russian imperialism, almost the entirety of their existence, to a degree suffer a curse, and you see that in history. It’s extremely unfortunate what happened to Georgia in 2008. It’s a wonderful country. I think all those countries are cursed by geography. Britain is blessed by geography. The United States is probably more blessed than anyone by geography. And countries like Ukraine and Georgia are in an unfortunate position, although it does force them to become more creative and resilient, as they know they have a problem.

What does this war spell for Post-Soviet countries with pro-western aspirations but still without the NATO umbrella?
It seems to me that if you’re Georgia or Moldova, you’ve got to look at this and be happy to see the Russian army getting absolutely chewed up, right? If Ukraine had fallen in three days, like Putin’s asslickers told him it would, he’d have been halfway to Georgia and Moldova already, because why wouldn’t he?

Tags: David PatrikarakosEUNATORussiaUkrainewarWar in 140 Characters: How Social Media Is Reshaping Conflict in the Twenty-First Century
ShareShareTweet