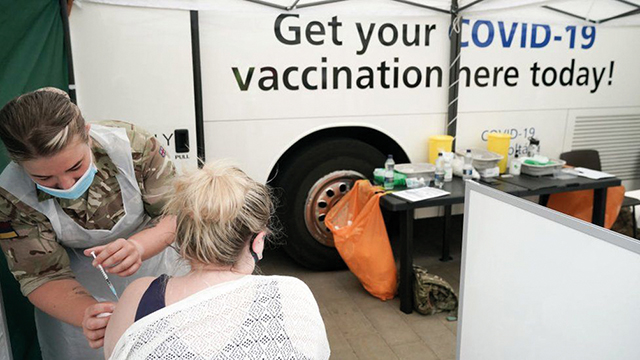 Against the background of lifted restrictions (apart from the curfew and face masks), the epidemiological situation in Georgia remains concerning and needs constant monitoring.

The country’s capital Tbilisi still records the majority of newly detected cases daily, considering the largest number of population living there, followed by the Imereti and Adjara regions.

The Vaccines
221,156 Georgians have received a coronavirus vaccine so far, while 4302 people are being vaccinated daily.

The second dose of Sinovac is given 14-28 days after the first.

Deputy Minister of Health, Tamar Gabunia, stated on June 15 that Georgia is considered among the countries that will receive vaccines from the member states of the Group of Seven (G7). However, she added, it is unknown at this stage which vaccine or how many doses Georgia will receive.

NCDC Head Amiran Gamkrelidze said 3,600,000 doses of 4 vaccines will be delivered to the country from July.

“We have a guaranteed schedule and contracts from July: 3,600,000 doses of four vaccines will be delivered to the country over four months – July, August, September, October,“ he said.

Gamkrelidze also spoke about the importance of the third, so-called booster dose, noting that most scientists are in favor of the third dose as it prolongs immunity, and this is also being taken into account in Georgia.

The Delta Variant
Recently, it was announced that unvaccinated people are most at risk from the Indian (or Delta) variant.
“Nearly two-thirds of new cases are people infected with the Delta variant, and more than half of those who have died from it, have not had a Covid vaccine at all, the latest official data suggests,” reported the BBC.

The Delta variant, which was first identified in India, is now the dominant variant in the UK – accounting for 90% of cases.

The Delta variant is roughly 60% more communicable than the Alpha, or Kent, variant. WHO says the Delta variant has now spread to 80 countries and it keeps mutating. The variant now makes up 10% of all new cases in the United States, up from 6% last week. WHO officials said some reports have found that it also causes more severe symptoms, but more research is needed to confirm those conclusions.

The Indian variant has also spread to Georgia. The country reported 18 cases of Delta, the Deputy Head of the National Center for Disease Control Paata Imnadze said on Tuesday.

Georgia reported the first five cases of the Indian strain on May 27.

Regarding the epidemiological situation in neighboring countries, it remains concerning in Ukraine and Turkey. As of June 17, 1188 new cases and 55 new deaths were reported in Ukraine. The country has recorded 2,227,225 Covid cases so far, among them, 2,145,660 people recovered and 51,902 died.