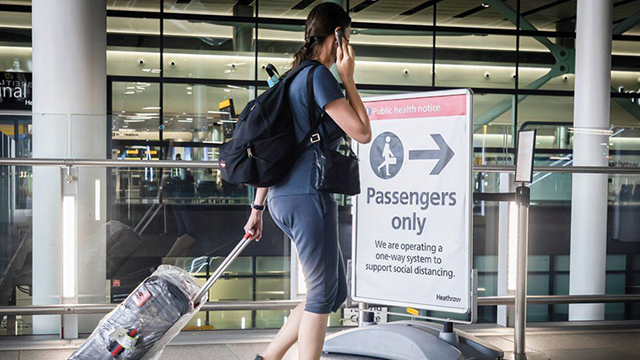 The epidemiological situation in Georgia this week has been relatively stable, though far from reassuring, with children forced online to study once again. Newly detected cases were down, as was the number of fatalities, while daily recovery numbers were up on previous weeks.

The Statistics
The country recorded 3221 coronavirus cases, 2990 recoveries, and 54 deaths on Tuesday, September 14, with 26,125 tests conducted. Georgian capital Tbilisi again recorded the highest number of 1167 Covid-19 cases, followed by the Imereti region with 498 cases, and the Samegrelo-Zemo Svaneti region with 339 cases.

Georgia reported 2515 coronavirus cases, 2829 recoveries, and 60 deaths on Wednesday, with 32,207 tests conducted. Tbilisi recorded the highest number of 869 Covid-19 cases within 24 hours, followed by the Imereti region with 393 cases, and the Kakheti region with 338 cases.

The daily test-positivity rate stands at 6.15%.

The Vaccine
As of Thursday, 1,589,024 people had received a coronavirus vaccine, averaging around 25,000 people a day.

This week, a lottery aimed at encouraging vaccinated individuals was also launched. From September 13, the STOPCOVID lottery ‘Get Vaccinated and Win’ website was launched and the lottery for vaccinated Georgian citizens began. The first raffle was held on September 14, and as a result, 100 individuals received cash prizes of 500 and 100 GEL.

The Restrictions
As the epidemiological situation is still hard to predict, on the decision of the local authorities, from September 15, school studies countrywide began online again.

“We will have a differentiated approach, which means that on October 4, in cities and villages where the infection rate is less than 4%, schools, vocational schools, and higher education institutions will be able to switch to a live attendance format,” announced Minister of Education and Science of Georgia, Mikheil Chkhenkeli. “In order for us to achieve this, it is necessary to consolidate society to strictly follow the recommendations in the field of healthcare, especially with regards to the vaccination of teachers and parents of pupils. This will allow our children to continue their education in a natural environment, that is, in classrooms,” he said.

The Minister noted it is extremely important that first-graders have their first school experience, their first lessons, in a natural school environment. Therefore, first-graders will start studying in school countrywide on October 4 in those schools where the community infection rate is less than 4%.

The Situation Abroad
The World Health Organization said there were about four million coronavirus cases reported globally last week, marking the first major drop in new infections in more than two months. In recent weeks, there have been about 4.4 million new Covid-19 cases.

In its weekly update released on Tuesday, the UN health agency said every region in the world saw a drop in Covid-19 cases compared to the previous week.

Although the worldwide number of deaths decreased to about 62,000, with the sharpest decline in Southeast Asia, there was a 7% increase in deaths in Africa. According to the weekly report from WHO, the highest numbers of cases were seen in:

According to the weekly update, the Delta variant had been identified in 180 countries as of Tuesday.

The UK
The UK’s traffic light system for international travel might be scrapped from October 1, according to an insider. It is predicted that rules will be based on a traveler’s vaccination status, rather than the risk level of the country they are returning from.

CEO of the PC Agency, a luxury travel PR firm, Paul Charles tweeted: “The traffic light system is expected to be scrapped by 1st Oct – at last. Airlines and some of us in the sector are aware of plans to create a simpler system, where countries are either red or not. This would be the US model in effect, which I’ve been calling for.”

“While the UK government has not indicated whether there is any truth to the claims made by Charles, he has correctly predicted travel changes in the past,” reported Euronews.

Nearly a third of people arriving in England and Northern Ireland as the coronavirus Delta variant took off may have broken quarantine rules, the BBC reported this week.

More than 300,000 cases were passed to investigators between March and May, according to figures seen by the BBC. The government was not able to say how many of these were found to have broken the rules or could not be traced.

The Home Office has said it aims to pay home visits to all travelers suspected of not following the rules.
Labor’s shadow home secretary Nick Thomas-Symonds said the figures obtained by the BBC “confirm our worst fears” about the government’s “lax border policy”. He accused the Home Office of “gross negligence.”

The US
The US government is to spend $470 million learning more about “Long Covid,” its causes, and potential treatments.

The National Institutes of Health (NIH) announced the plans Wednesday, with a grant awarded to New York University and a goal of enrolling up to 40,000 adults and children nationwide. The effort, dubbed “Recover,” will involve researchers at more than 30 US institutions.

France
Healthcare workers in France face suspension from their jobs starting Wednesday if they haven’t been vaccinated against Covid-19. With about 300,000 workers still not vaccinated, some hospitals fear staff shortages will add to their strain.

The Netherlands
In Europe, the Dutch government is easing restrictions and will introduce a “coronapass” as proof of vaccination, so holders can enter bars, restaurants, clubs and cultural events.

China
China is imposing lockdowns and ordering mass testing in cities along its east coast amid the latest surge in Covid-19 cases.

Africa
In Africa, after uncertainty about whether the coronavirus pandemic would force South Africa to postpone local government elections, the courts have ruled the vote should move ahead. South Africa’s courts ruled this month the Independent Electoral Commission should hold the polls on Nov. 1, despite concerns about political rallies spreading the disease.

South Africa has recorded 2640 new infections and 125 deaths in the last 24 hours. The nation accounts for more than 35% of coronavirus infections in Africa, with 2.8 million confirmed cases and 85,002 confirmed deaths.