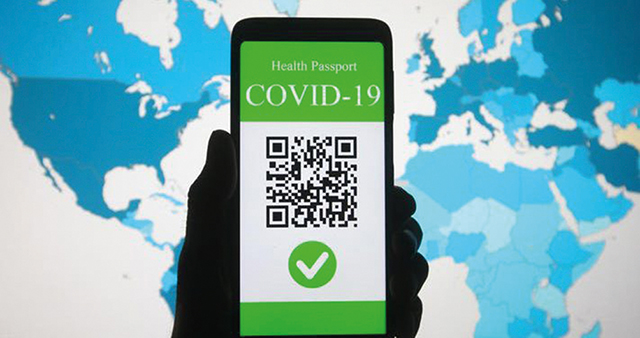 The epidemiological situation in Georgia remains tense, with more than 80 deaths being reported almost daily this week.

Health officials note that only immunization will put an end to the difficult epidemic situation.

The Statistics
On Tuesday, Georgia recorded 5204 coronavirus cases, 4785 recoveries, and 83 deaths. Tbilisi recorded the highest number of 1857 Covid-19 cases, followed by the Imereti region with 1008 cases, and the Samegrelo-Zemo Svaneti region with 443 cases.

On Wednesday, the country reported 4732 coronavirus cases, 4812 recoveries, and 72 deaths. Tbilisi recorded 1884 cases, followed by Imereti with 878 cases and Kvemo Kartli with 425 cases.

On Thursday, Georgia reported 4446 coronavirus cases, 5320 recoveries, and 77 deaths. Tbilisi again recorded the highest number of 1646 Covid-19 cases, followed by the Imereti region with 819 cases, and Shida Kartli with 422 cases.

Travel
This week was marked by important news for travelers: the European Commission decided to recognize Georgian passports.

Georgia, for its part, also agreed to accept the EU COVID Certificate for travel from the EU to the country.

The decision implies Georgian citizens who have a certificate of full vaccination will be able to move around the EU.

The Covid Certificate issued by Georgia on vaccination, tests and recovery from Covid is recognized by the European Union and is equivalent to the certificates issued by the relevant EU regulation, which aims to promote the free movement of people within the EU.

The decision of the European Commission is valid from November 16 and also concludes that Georgia has joined the EU digital certification system.

For waiving free movement restrictions, EU member states are obliged to accept the vaccines the European Medicines Agency (EMA) has authorized – Pfizer, Moderna, AstraZeneca, and Janssen (Johnson and Johnson) jabs. Some member states have also opted to accept vaccines on the WHO emergency list, including Sinopharm and Sinovac, which Georgia administers.

Alongside Georgia, Moldova, Serbia, and New Zealand were also connected to the EU’s travel pass system.

Georgia’s COVID certificate can be obtained at Public Service Hall and its Service Centers, or digitally on covidpass.moh.gov.ge. The authorities are also testing a smartphone application for the passes.

The Vaccination Campaign
Following the announcement of the introduction of the Green Passports concept from December 1, the vaccination rate across the country has increased, which is promising, reports the Ministry of Health.

“The booster doses are also being administered in any age group over 12 years of age. Booster doses are especially high in the age group of 18 to 49. As for the vaccination of children aged 12 to 15 years, 643 doses were administered. More than 11,000 adolescents between the ages of 16 and 18 have been vaccinated,” Deputy Health Minister Tamar Gabunia announced on November 16.

“Vaccination dynamics have improved slightly over the last week, in the range of 8,200. What is promising is that for 60% of them, it was the first dose. The share of vaccines in the age group above 60 is also increasing. More than 12,000 people over the age of 60 have been vaccinated in the last week,” NCDC Head Amiran Gamkrelidze added.

The Cases Worldwide
Regarding the epidemiological situation worldwide, important news is that the US drug company Pfizer penned a deal to allow its experimental Covid-19 treatment pill to be made and sold in 95 developing nations.

The deal with the UN-backed Medicines Patent Pool non-profit could make the treatment available to 53% of the world’s population, the BBC reported.

Yet it excludes several countries that have had large Covid-19 outbreaks, including Brazil.

In a statement on Tuesday, Pfizer said the agreement will allow local medicine manufacturers to produce the pill “with the goal of facilitating greater access to the global population.”

Pfizer says the pill lessens the risk of severe disease in vulnerable adults, while in early November, Pfizer said clinical trials suggest that its Covid-19 pill, Paxlovid, cuts the risk of hospital admission or death by 89% for high-risk adult patients.

Doctors Without Borders said in a statement to the Associated Press that it was “disheartened” that the deal doesn’t make Pfizer’s Covid-19 pills available everywhere in the world.

In October, another drugmaker, Merck, announced a similar deal with the Medicines Patent Pool to allow manufacturers to produce its own Covid-19 pill, Molnupiravir.

The World Health Organization (WHO) has said that Europe was the only region in the world where Covid-related deaths increased last week after a rise of 5%.

In its weekly report on the pandemic issued on Tuesday, the WHO also said cases jumped 6% globally, driven by a rise in the Americas, Europe and Asia.

WHO said Covid-19 deaths in all regions other than Europe remained stable or declined last week, totaling 50,000 worldwide.

It was the seventh consecutive week that COVID-19 cases continued to mount across the 61 countries that WHO counts in its European region, which stretches through Russia to Central Asia.

Within Europe, WHO said the highest numbers of new cases were in Russia, Germany and the United Kingdom. It noted that deaths jumped by 67% in Norway and by 38% in Slovakia.

In the last week, Austria put tight restrictions on the movement of unvaccinated people, while The Netherlands and some other European countries reintroduced lockdown measures, and the UK decided to roll out booster doses to everyone over 40.