Corona Updates: Certain Restrictions to be Lifted after Introduction of Green Passports Concept 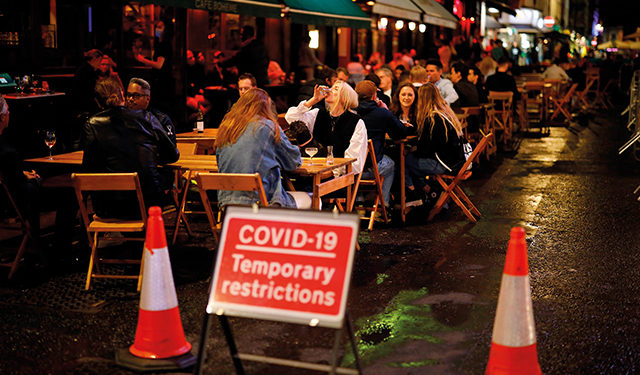 On the decision of the Interagency Coordination Council, certain restrictions in the country will be lifted after the introduction of the Green Passports concept from December 1, which means that unvaccinated citizens and those without proof of corona-free status will not be allowed to enter public facilities, including bars, cafes, restaurants, cinemas, theaters and entertainment centers.

“Restaurants, which can receive guests only with green passports from December 1, will have their hourly restrictions lifted. All restaurants are obliged to accept customers from December 1 only if they have proof of green status,” stated Giorgi Ghibradze, Chief of the Operational Staff of the Interagency Coordination Council.

Due to these changes, cinema, theater, and opera house attendances are expected to grow from 30% to 50%.

This week, the Council also ruled that citizens of Georgia who are vaccinated in Georgia and enter the country by land will be exempted from the obligation to submit a PCR test.

The Statistics
Regarding the current epidemiological situation in the country, a slight improvement and stabilization has been detected recently, however, the situation is not entirely promising at this stage.

Georgia recorded 5085 coronavirus cases, 4428 recoveries, and 62 deaths on Tuesday. Tbilisi recorded the highest number of 1815 Covid-19 cases, followed by the Imereti region with 997 cases, and the Shida Kartli region with 497 cases.

He noted that the vaccination rate increased after the launch of the 200 GEL pension bonuses for individuals over 60 years of age, “but this is not enough.”

Earlier, the government said pensioners would receive a 200 GEL bonus after getting their first vaccine dose.

The Cases Worldwide
The situation worldwide is also challenging, seeing various countries re-introducing lockdowns and restrictions to reduce the spread of the pandemic.

Germany
Germany is set to introduce tighter curbs on people who have not been vaccinated against Covid-19, as cases in the country hit a record high.

Restrictions for unvaccinated people will be introduced in areas where hospital admissions exceed a set threshold, Chancellor Angela Merkel and leaders of Germany’s 16 states agreed.

Under the rules, the unvaccinated will be excluded from certain venues.

Mrs. Merkel described the situation with Covid in the country as “dramatic,” reported the BBC.

Austria
Austria this week imposed a full national lockdown on the unvaccinated. Chancellor Alexander Schallenberg said it would last a maximum of 20 days and there would be a legal requirement to get vaccinated from 1 February 2022.

Under the measures, Austrians will be asked to work from home, non-essential shops will close, and schools will remain open for children who require face-to-face learning. This will continue until 12 December, but will be reassessed after 10 days.

Meanwhile, Moscow, Russia’s worst-hit region, reported 3349 new cases, taking its total to 1,930,050.
President Vladimir Putin on Wednesday repeated his stance that Covid-19 vaccination should be voluntary, as regions and cities tighten restrictions on the unvaccinated.

The Siberian region of Russia has become the first in the country to impose self-isolation rules for residents who haven’t yet been vaccinated against Covid-19.

Ukraine
The same was applied in Ukraine. “While vaccination rates in Eastern Europe have generally lagged, Ukraine has one of the lowest in the region,” reports Voanews.

According to the source, the country is setting records almost every day for infections and deaths, most recently on Tuesday, when 838 deaths were reported.

The Covid-19 wave is pushing Ukraine’s doctors to the limit. Yulia Tymoshenko, a former prime minister who leads the opposition Batkivshchyna party, said she has traveled to many hospitals in Ukraine and found shortages everywhere.