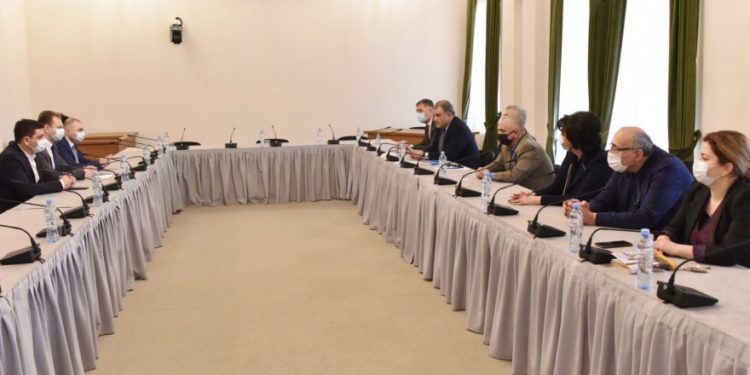 The Committee continues to support the victims of the armed conflict in Ukraine, envisaging the identification of the especially vulnerable groups and planning the respective measures.

The Committee and the executive officials today discussed the intensification of legal support for conflict-affected people in Ukraine, and the coordination between the Parliament and the Government in this direction.

MPs were informed about the processes within the international legal formats, activities undertaken, and future plans, and touched upon the impact of the processes in Ukraine on Georgian citizens in  penitential departments. The MPs underlined the particular activity of the diplomatic mission of Georgia in this regard.

The meeting was attended by the representatives of the government and opposition parties, as well as Deputy Foreign Minister Khatuna Totladze, Deputy Justice Ministers Tornike Cheishvili, and Beka Dzamashvili, Head of the International Relations and Legal Provision Department of the Prosecutor’s Office Irakli Chilingarashvili.