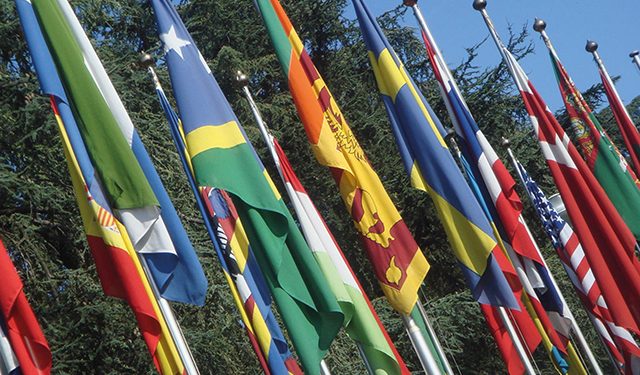 The liberal idea was built around and influenced by the Westphalian concept of state sovereignty. But increasingly the modern-day liberal expansion undermined a core Westphalian idea of pluralism of political and ideological systems. Even if the Western leaders were more considerate in their foreign policy actions and less eager to extend liberalism deep into Eurasia, where its tradition was sparse or non-existent, the unipolar moment was still bound to experience troubles. Even the moderate spread of liberalism causes nationalism, questions the very idea of state sovereignty, and the high pace of globalization incurs the loss of countless industry jobs in the West.

Another way of explaining the present troubles within the liberal system might be that the liberal order is in the process of adapting. More than three decades have passed since the end of the Cold War and after the initial euphoria of the “end of history,” there might be an overextension. While previously it was nestled on mostly the western parts of the European continent, North America, Australia, New Zealand, and some other parts of what we nowadays call the Indo-Pacific realm, the liberal order made huge territorial inroads into the heart of Eurasia after the end of the Cold War. Though great Eurasian civilizations historically have not been immune to Western influence of some sort, they always resisted its cultural, political, and economic influence. Thus what nowadays Russia, Turkey, Iran, China, and even partially India do to resist Western multilateralism should come as no surprise.

It is, however, startling to see the power these countries now possess and the level of cooperation they now enjoy. Their strength is rooted in the near uniform spread of technological prowess, i.e. the modernity and economic benefits across the world. In the 21st century, that modernity empowers both the liberal and illiberal camps, and this constitutes a fundamental break with the past when progress and liberalism went hand in hand and were almost exclusively confined to the West. Thus America-led liberal internationalism brought about largest benefits for the world overall, enabling large but poor states to turn into major regional or world players. This also planted seeds for effective resistance to liberal ideas and America’s geopolitical vision.

From a historic perspective, this could be cast as a continuation of the struggle between the sea and land powers. Sea powers, liberal democracies, though unable to outcompete militarily the Eurasian land empires and change their state-building patterns, mostly resort to influencing their rivals’ behavior, constraining their ability to unite or influence Eurasia in its entirety. It is no coincidence that the world’s greatest democracies were the lands hard to reach: The British Isles and the US. Development of democracy took much longer in continental Europe, and failed to take root in Asia because emerging liberal forces were often smashed outright or contained by the neighboring autocratic land empires.
Sea powers possessed technological prowess, but their potential was often checked by continental powers’ far greater human and natural resources. And this is where the critical difference between modern and previous challenges to the West stands. The America-imposed liberal system allowed a more or less even diffusion of economic benefits and technological knowledge. Now powerful continental illiberal states are technologically advanced, coupled with astounding human capital and a natural resource base. They are increasingly tilting toward greater cooperation among themselves to confront the collective West.

There is also a problem of increasing incongruity between the social contract which was a basis of the modern liberal system and the decreasing benefits it currently brings to the order’s leading members. The liberal order has been built through agreements and organizational structures. However, those very fundamentals which ensured the efficacy of multilateralism have lately been thinning out.

Mutual military protection and social advancement have stopped working, as, nowadays, it has become increasingly difficult for Western societies to grasp the traditional inter-connection between liberal internationalism and progress at home. There is also a growing sentiment that the order has been more beneficial to other parts of the world. Some of this thinking is correct. The global financial meltdown of 2008 brought about greater economic inequality, which in turn caused protectionist and populist tendencies across the world to scale back the pace of globalization.

But as much as the crisis is real and markedly different in gravity in comparison with previous challenges, picturing the coming end to the liberal idea could be a hastily reached conclusion. Liberal internationalism is surprisingly resilient. It has been made and remade by various historical painful processes filled with both successes and failures, but it nevertheless points to the idea’s flexibility.

The liberal idea proved especially resilient and progressive in times of grave challenges, such as the Nazi and communist menaces. Even now, liberalism’s elasticity and attractiveness are evidenced by a number of states of various sizes and in different regions becoming part of the order. True, some evolve into imperfect democracies (as in the case of eastern European and the South Caucasus states), but large parts of those countries’ societies nevertheless embrace the liberal idea and strive for improvement in governance. Larger failures happen too. In case of China and Russia, liberal attractiveness has not worked, and even produced radically opposite results as both states are building their institutions increasingly based on anti-liberal ideas. Liberalism, despite its internal contradictions, is nevertheless a more benign formula than any of its alternatives. The idea is also attractive as it aspires and successfully carries out a relatively even spread of economic benefits among its participants.

Indeed, the elasticity of the liberal order was proved when Russia began a full-scale invasion of Ukraine in February 2022. The thinking in Moscow was evident: The liberal order is not only weak, but it actually experiences fundamental troubles and it is only a matter of time until it finally breaks down. Perhaps Putin thought he could even nudge it a bit in this direction and thus accelerate the demise of the liberal system.