Challenges to the Liberal Order. Part 1 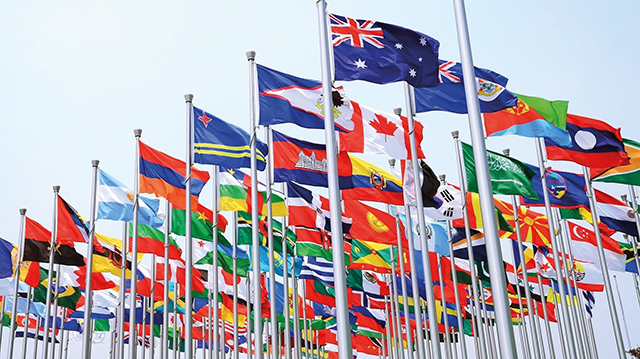 The liberal international order is experiencing fundamental challenges. It has witnessed numerous crises since the end of the World War II. The Nazi and Communist movements were both mortal enemies; liberalism triumphed, leading it to its expansion across the globe after the end of the Cold War and the dissolution of the Soviet Union.

Yet, perhaps the modern challenges the liberal system is facing are the more expansive, as they go much beyond the troubles in bilateral ties between any two Western democracies, and puncture the very foundation of the order. Challenges are both internal and external, which makes their scope staggering. Internally, faith in the liberal system has been shattered in the US and other democracies. Coupled with financial problems following the 2008 crisis, the belief that the liberal system benefits the champions of the system, and most of all wider sections of society, has undergone changes. The social contract has thus been diluted, which also made many in the West re-think the very essence of the liberal idea, its expansion drive, and ultimate goals. Without internal strength in the collective West, liberalism’s fate will be much dependent on how powerful the external threats are.

The challenges are multi-layered, and are much larger in essence than the China-USSR strategic cooperation of the 1950s, and generally of the communist threat seen during the Cold War. Moscow and Beijing threatened the very geopolitical vision of the United States – to have Eurasia as much divided as possible. The communist idea also seemed threatening, especially in 1940s-1950s, when Mao Tse-Tung’s victory in China’s civil war in 1949 further expanded the socialist agenda to much of the supercontinent. But the intensity of the challenge soon abated and remained solely military in nature. The soviet economic and soft power allure proved ineffective, and it quickly became apparent that the liberal order and the advantages it offered (technological and economic superiority) stood unchallenged. The current liberal crisis is also bigger than what France did when it withdrew from NATO’s structures in 1966, or other subsequent disagreements among liberal allies.

The America-led order is a loosely organized hierarchical formation where US domination is felt but not overwhelmingly enough to cause outright opposition, the creation of coalitions etc. The US pushed for hierarchical relations but also agreed upon rules and institutions. This dualism has made the US-led order resilient, appealing, and in many ways based on consent. It is an open system, where all revolves around the US and other major democratic states, but where smaller, less influential or even subordinate states too have a share in the decision-making process through full participation in the inclusive institutions. This is a mixture of both hierarchies, even some sort of imperial influence, and consent on a part of weaker, dependent states.

This loosely organized hierarchy is indeed unique. Yet another distinctive feature of the liberal order is that, unlike any other world system, the benefits of participating in it are not accrued to one or several powers, but are evenly spread among its participants. Even China, which has only partly been a member of the liberal order, has witnessed the system’s benefits firsthand as the participation in America-led multilateral institutions helped develop the Chinese economy and elevate its geopolitical weight.

And this tells a story of how special the liberal world order proved to be. Some argue that it could be seen as a product of exceptional historical processes and not the culmination of a long-drawn-out and logical development. All, however, indicates that without liberalism, the US and most of Europe could have remained inconspicuous places. Indeed, the reason liberalism defeated authoritarianism cannot simply be attributed to exceptional circumstances or luck on battlefield. The advancement of the liberal states has come as a result of the superiority of liberal thinking over the rival ideologies of the 20th century and simply illiberal methods of governing we see today in some parts of the world.

A cornerstone of liberal internationalism is the normative frame within which it operates. It is contingent upon various rules, institutions, partnerships and alliances which fuse into multilateralism. Liberal internationalism is expansive, which means that it seeks to include newer lands and peoples under its fold. But this has always been bound to create tensions with non-liberal powers. In previous centuries, Asia’s weak empires hardly managed to withstand on their own the technologically advanced West. They even failed to cooperate in creating a unified front. As a result, an extraordinary liberal awakening, and its ultimate expansion in the 19th and 20th centuries, followed.