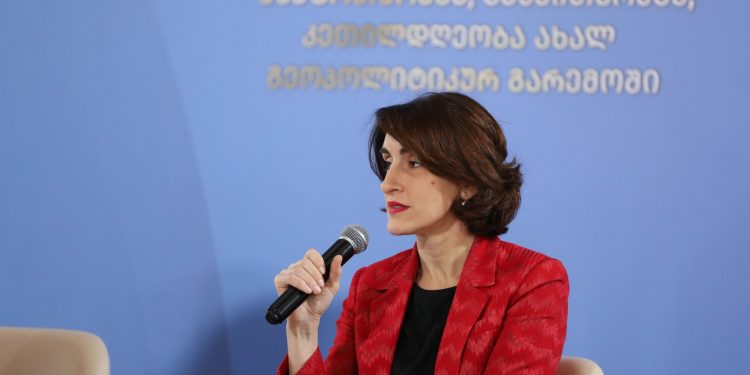 “I would like to express my gratitude for all of your collaboration during the year. Together, we accomplished a lot of wonderful work. The European Union served as the year’s major political theme, which inevitably boosts political players’ involvement and interest in these concerns both domestically and abroad,” Maka Botchorishvili, Chair of the EU Integration Committee, stated during her speech at the Ambassadors Conference 2022.

As she noted, in addition to the implementation of 12 recommendations, the main basis for integration into the European Union remains the EUAA, and Georgia has made significant progress in this direction.

Botchorishvili focused on parliamentary diplomacy and activities in this direction in order to gain political support from EU member states.

“Parliamentary diplomacy received special emphasis this year, and it will continue to do so since member states’ political support is so crucial,” the Chair of the Committee elucidated.

Botchorishvili also spoke about parliamentary cooperation with EU member states in Georgia and the importance of mutual exchange of bilateral visits.

“It’s one thing when we visit and speak with various lawmakers from political parties, but it’s crucial that they visit Georgia and see the situation firsthand since, in the majority of cases, following their visits and discussions with us, their queries sometimes cease to exist,” the Chair of the EU Integration Committee remarked.