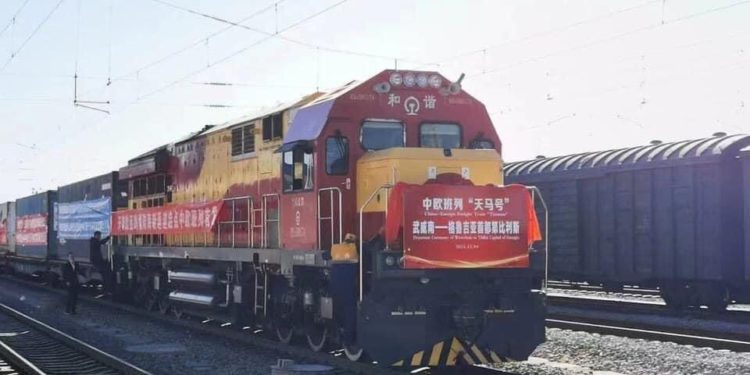 The first regular cargo train left for Georgia from Gansu’s Wuwei City, marking the inauguration of the Wuwei-Tbilisi cargo train services, Georgia’s Foreign Ministry reported this week. The final destination of the cargo train is Tbilisi, and it is set to arrive in 10-12 days.

The ministry says that cargo transportation from China via railway will become regular, both in the direction of Georgia and via Georgia, heading to other European countries.

At the inauguration ceremony, Georgian Ambassador to China, Archil Kalandia emphasized the strategic importance of the project in supporting the Trans-Caspian International Transport Route (ITR), and Georgia’s positioning as a regional trade, transport, and logistics hub.

For his part, the Vice-Governor of Gansu Province noted the growing role of Georgia in China’s Belt and Road Initiative, facilitating the implementation of similar projects.