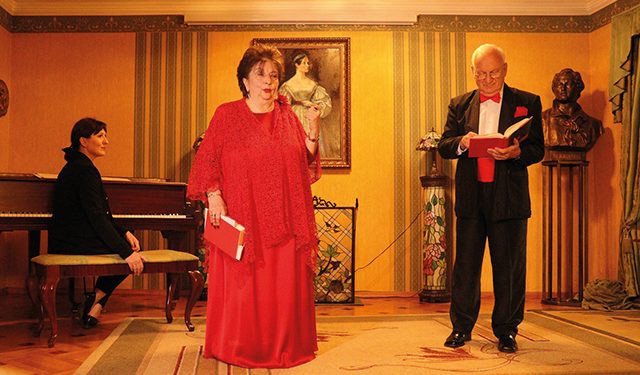 He was born January 22, 1788, in England, and gloriously passed away at the heartbreaking age of 36 on April 19, 1824, in Greece, where he was revered as a national hero. An eminent politician, nobleman, and the Romantic Movement’s most prominent figure of all time, Lord Byron is one of the most widely read and recognized poets and well-known personalities in history. He is known for writing extraordinarily influential romantic poetry, his astonishingly attractive personality, as well as his frequent scandals and plenteous love affairs, turned into legends. In the last 200 years, his was a real household name in every single nation of the planet. Humankind has warmly and heartily embraced his poetry because, as the grand poet would have put it himself, ‘there is no instinct like that of the heart’.

Byron’s spiritual and intellectual influence on our hearts and minds has endured centuries, remaining effective even today. The power of his majestically impressive word and rhyme has reverberated throughout centuries and reached our Georgia with an imposing resonance. Celebrating the dignified British poet’s 235th birthday, The Byron Society of Georgia, based at the State University of Tbilisi, and headed by Academician Innes Merabishvili, has prominently educated this nation on every possible Byronic issue, including the famous poet’s heroic life and brilliant works. Moreover, the entire Georgian people know that there is a linguistic school in Tbilisi, named after Byron, which has proved to this society that teaching a language via culture, and learning a culture using the language, is the best way to get our youth involved in priceless western values, which might be one of the best preconditions for Georgia to find its long-deserved niche in the European family of nations. This is exactly what the Byron School of Tbilisi, conceived, founded and managed by professor Merabishvili, is doing on an everyday basis year in year out.

Having noticed and held up the significant contribution of the school to the complicated process of Georgia’s westernization, the famous Georgian painter, sculptor and architect Zurab Tsereteli, currently living and working in Moscow, dedicated a marvelous image of George Gordon Byron, sculpted into an impressive bust of the poet, which was recently inaugurated at the Byron School in the presence of the crème de la crème of our society. The famous words, once uttered by Lord Byron ‘One certainly has a soul, but how it came to allow itself to be enclosed in a body is more than I can imagine’ fits into the outstanding event, as if the poet saw the Tsereteli gift to the school in a crystal ball in his own time.

The bust is now elegantly standing on the stage of the Byron School mini-theater next to the portrait of the poet’s daughter Ada Lovelace. ‘Why did you come here?’ – Byron would have asked with discreet curiosity, and the proudly excited kids of the School would have answered that they know exactly why they need this beautiful piece of art by the renowned sculptor exhibited in their remarkably organized school, beautifully decorated with the Byronic paraphernalia: learning English and getting closely familiar with the western culture is what makes their knowledge complete and practicable.

Innes Merabishvili, who herself is an amazing mother and grandmother, dotes over all her schoolchildren with the same familial love and care, enlightening them with her boundless familiarity with Lord Byron’s creative heritage and with his living family. Artist Zurab Tsereteli found time, energy and enthusiasm to create the sculpture only because he had felt and appreciated the organic intellectual and spiritual interaction between the Byronic world and Merabishvili’s natural infatuation with that miraculous realm.

This country knows the meaning and content of the Byron-Merabishvili scholarly connection, which is so reciprocal, as if Byron is still alive and Merabishvili must live forever to keep up the greatness of the genius worldwide. Not in vain did Byron once say: ‘I do detest everything which is not perfectly mutual’. I have no better words to describe the affinity between Poet Byron and Scholar Merabishvili, and this is exactly what has incited the imagination of Zurab Tsereteli to create his wonderful sculpture, and having presented it to the school, he has delighted both the kids and their teachers, saying nothing about their parents, with a gesture that only the great and the generous men and women of arts are capable of undertaking. We, the Byron School faculty, students and administration, cannot thank him enough, getting ready for Byron’s upcoming birthday, and keeping the precious Tsereteli souvenir always in mind.