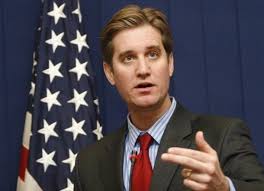 Former US Assistant Secretary of State for European and Eurasian Affairs, Matthew Bryza, made an appeal during online conference ‘South Caucasus and the West,’ urging Georgian opposition friends to enter parliament.

Bryza noted that the EU and the US can achieve a lot in Georgia.

“We can help overcome the political polarization in Georgia and de-escalate the current crisis. The appointment of Christian Danielsson as a mediator in Georgia by the European Union is fantastic. He is an interesting diplomat. He is really concerned about the issues he is working on. I think these qualities are important to bring both sides of the abyss back to the negotiating table,” said Matthew Bryza.

He noted how important it is to release Nika Melia, the leader of the United National Movement. Bryza also noted that caution should be exercised so they do not become an instrument of government opponents.

“I call on my friends in the opposition, you must find ways to negotiate with the government to find a way forward and continue working. Take your mandates, represent the people who voted for you. Do it even though you believe the government stole the election. I recommend this because your closest friends in the transatlantic family do not say the election was stolen. We must avoid becoming an instrument in the hands of the opposition, while we unequivocally support democracy and the aspirations of the Georgian people to make Georgia more integrated into the Euro-Atlantic area,” Matthew Bryza said.