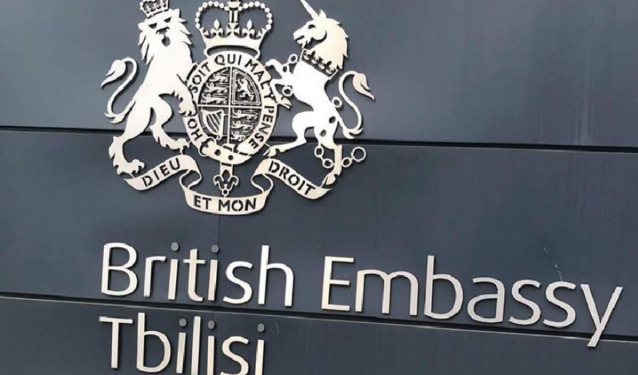 “Watching events across Tbilisi. Violence, threats towards the LGBTI+ & attacks on journalists damage Georgia’s reputation as tolerant, hospitable country,” reads the statement released by the British Embassy in Georgia.

“We call on authorities to prevent further violence & protect individual rights & liberties of all Georgian citizens as per Georgia’s constitution,” the Embassy said.

Watching events across Tbilisi. Violence, threats towards the LGBTI+ & attacks on journalists damage 🇬🇪reputation as tolerant, hospitable country. We call on authorities to prevent further violence & protect individual rights & liberties of all 🇬🇪 citizens as per 🇬🇪 constitution

For the record, the March of Honor scheduled for today on Rustaveli Avenue has been canceled.

“There is a war declared against civil society, democratic values ​​and the European course of the country. The current actions of the country’s authorities have once again made it clear that the political authorities are reluctant to carry out their direct duties,” Tbilisi Pride said in a statement.

The Ministry of Internal Affairs has not yet said whether anyone has been arrested for violence against the media.