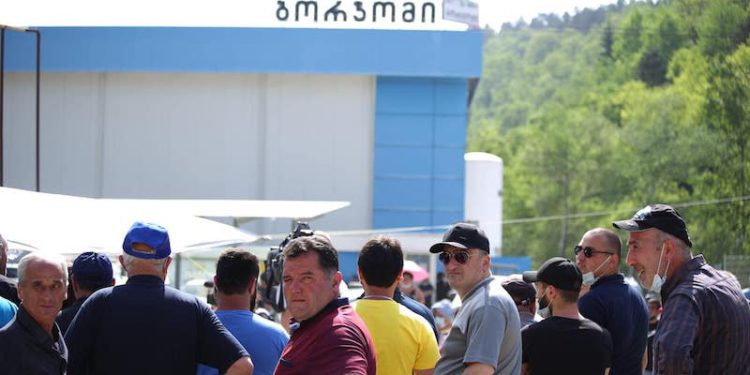 IDS Borjomi – Georgia’s management fired 49 employees, on the basis of which the company refuses to change the contract during the reorganization process.

The company says due to the sanctions imposed on the investor, Russian oligarch, Mikhail Fridman, the company was forced to change the employees’ contracts.

According to Borjomi, “the company can no longer afford to pay 100% of the hours missed in the factory due to the suspension of production,” which is why the employees were offered renewed terms, which means remuneration of 50% of the missed hours, while the payment for worked hours remain unchanged.

This condition, the company says, “unfortunately was not acceptable to a small part of the employees”, which, as the company says, forced them to start the reorganization process at the factory and terminate the contracts for 49 employees “on the basis of law.”

“We would like to thank the high number of employees who understand the current situation and we hope that we will not have to make further reductions,” the company said.

“We are doing everything we can to save the company in the first place and keep the jobs as much as possible,” Borjomi said.

The protesters said the new terms “have been tailored to the new reality,” explaining that the new contract offers 50% pay off for enforced leave instead of 100%, the bonus cash payment has been cancelled, while overtime pay has shrunk from 140% to 125%.

The protesters demanded a meeting with the IDS Borjomi management to voice their complaints, urging revert to the previous terms. They also wanted to meet with Georgian Prime Minister Irakli Garibashvili and the government.