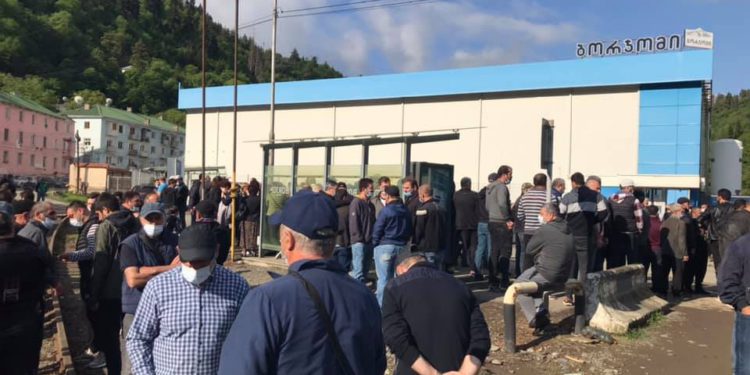 Up to 350 workers of the Borjomi Mineral Water Bottling Factories No 1 and 2, who went on strike yesterday, May 18, continue to protest.

Acting Mayor of Borjomi Davit Zaalishvili arrived at the rally being held outside the factory and announced a meeting with the employer, which is expected to take place during the day.

Earlier, the employer company ‘IDS Borjomi Georgia’ released a statement regarding the strike of its employees, saying that even during the pandemic, 100% of the employees were retained and the salary fund was increased by 10%. However, the company added, while they are ready to consider increasing salaries again, the demand of the striking employees is a 50% increase, which is why no agreement can be reached.

The operation of both factories is suspended at this time.

Workers are demanding higher salaries and better working conditions. Police are mobilized outside the Borjomi factory to prevent any incidents.

The organizer of the strike is the Trade Union of Agriculture, Trade and Industry, which fully shares the strikers’ demands and complaints.