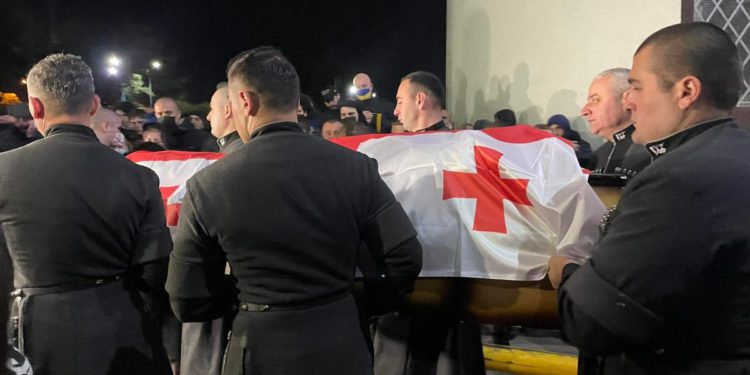 Davit Gobejishvili, a fighter killed in Ukraine, was brought back to Georgia at dawn.

Citizens, including representatives of the civil sector and the opposition, were present at the airport to honor the fallen hero.

The Georgian fighter will be laid to rest in Kashueti Church today, from where he will be transferred to Tkibuli in the evening. He will be buried in Tkibuli on Sunday.