Batumi Stadium Included in Poll for Top Arenas Built in 2020 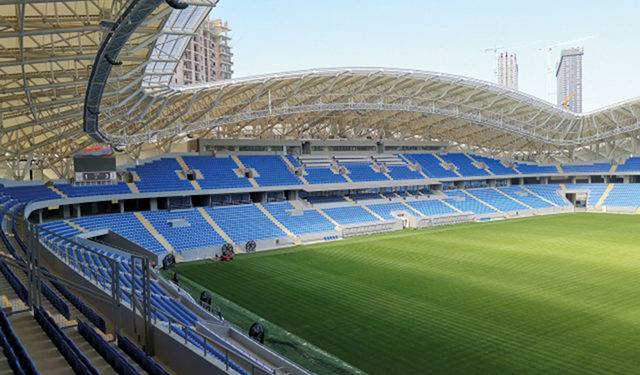 The new stadium in Georgia’s Black Sea resort of Batumi has been included in a traditional survey launched by the website StadiumDB.com, which aims to show the best sports arena in the world built last year.
The latest survey includes 20 stadiums constructed worldwide in 2020. The best stadium of the year is chosen by a jury consisting of famous architects, and the winner is chosen by the following parameters: architecture, functionality and innovation.
The poll is conducted among fans, and the jury makes its own decision. Fans must select the best 5 arenas, while their favorite must be marked with 5 stars.
In addition to the Batumi Stadium, the top 20 includes arenas built in Qatar, the US, Israel, England, Turkey, Chile, Japan, Australia, Switzerland, Côte d’Ivoire, Romania, Malaysia and China.
The poll will end on March 7, and the results will be announced on March 10, 2021.
The new football stadium with a capacity to place 20,000 spectators that complies with Category IV of the UEFA standards was opened in Georgia’s seaside town of Batumi, the capital of the Adjara region, back in October.