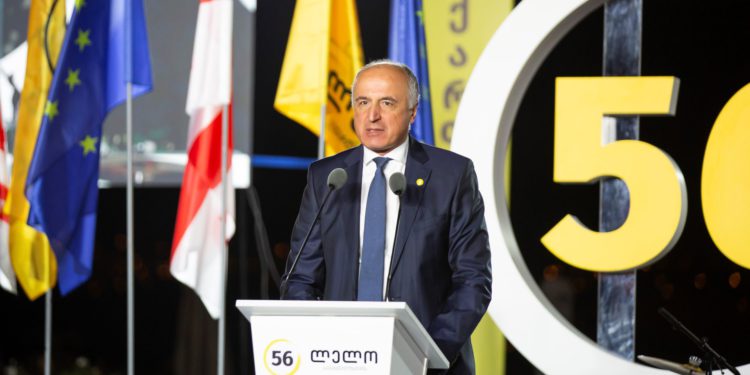 “I want to ask the Georgian government, what has the country gained by stopping it? Do they feel responsible for the damage done to the country when all resources were mobilized to implement the project?” – Badri Japaridze

Badri Japaridze, the founder of Lelo and former deputy chairman of the Anaklia Development Consortium’s Supervisory Board, responded to today’s statement by the Government of Georgia regarding the Anaklia Port Project.

In his view, the reason the state has resumed talking about this issue is that they are often reminded about the relevance of the project by the European Union and the United States, as it remains their priority.

The Anaklia Port project is not only a significant leap for our country’s economy, but also for our security. I do not recall any other project in Georgia that the Commander of NATO’s Allied Maritime would call the guarantee of Georgia’s security,” Japaridze said on Mtavari Arkhi.

He added that the project creates many opportunities and positions our country as a gateway, as a connecting link between the West and the East.

“Our task is to quickly restore the project. Today, what we have heard is only PR and no investor  will discuss partnership under these conditions, especially, knowing the attitude of Georgia towards investors in general.”

Japaridze said that the most important and highly reputable institutions, such as European Bank for Reconstruction and Development (EBRD), Asian Infrastructure Development Bank, The Organization of the Petroleum Exporting Countries (OPEC) were and are still ready to provide $400 million in funding for this project.

He added that the EU made an unprecedented statement three years ago when it said they would provide the guarantees for this project. Not using this kind of opportunity is just a crime.”

“I’m sure that this project will be implemented anyway, but I want to ask the Georgian government, what has the country gained by stopping it? Do they feel responsible for the damage done to the country when all resources were mobilized to implement the project?” Japaridze said.