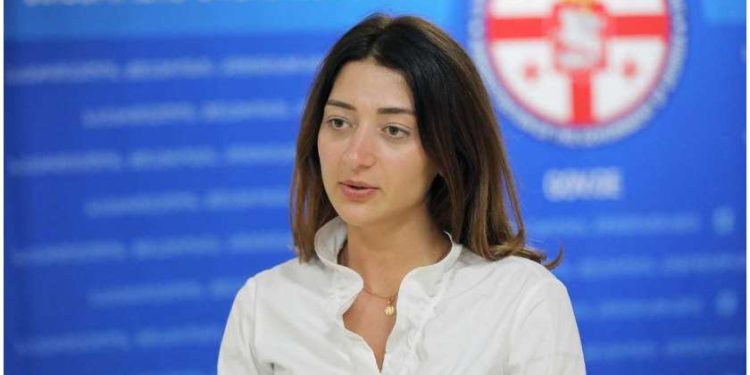 Opposition MP Anna Buchukuri, a member of the former Prime Minister Giorgi Gakharia’s team, has come up with a solution to the current political situation in Georgia regarding the European Council President Charles Michel’s compromise document and the drafts on the amnesty prepared in connection with the events of June 19-21 that are being discussed at the sitting of the Parliamentary Committee on Human Rights today, May 24.

“What do we see today regarding the amnesty bill and on the issue of amnesty in general? Unfortunately, we see that today Parliament is considering two different bills submitted by the signatories of the Charles Michel Document, which naturally precludes, in fact, the conscientious implementation of the Charles Michel Document unless there is a consensus between the parties.

“Our team offers a solution on how we can reach a consensus,” says Buchukuri.

The opposition MP notes that the main difference between the two legislative initiatives submitted to the parliament by the government and the opposition is that based on the opposition bill, the amnesty should not apply to state political officials, i.e. people who held state political positions on June 20, 2019, and the second main difference is that in order for the amnesty to be applied to police officers, notarized written consent of the victim is required.

“Our team’s proposal to reach a consensus is as follows: the majority should share the opposition’s proposal and the amnesty should not be applied to political or state political officials, instead the opposition should share the second part and the amnesty should be applied to ordinary police officers without any preconditions because the current bill submitted by the opposition requires the consent of the victim, which could cause doubts about the issue of fully applying amnesty to police officers.

“Once again, to explain it simply and to make it clear to the public: do not apply the amnesty to state political officials, to those who held official positions at the time, and instead apply it to ordinary police officers. Otherwise, unfortunately, without consensus, no-one can say that the commitment made in the Charles Michel document was fulfilled appropriately,” she stated.

Based on the Georgian Dream project, all those who committed crimes in connection with the events of June 19-21, 2019 and do not refuse to be granted amnesty shall be released from criminal liability and punishment.