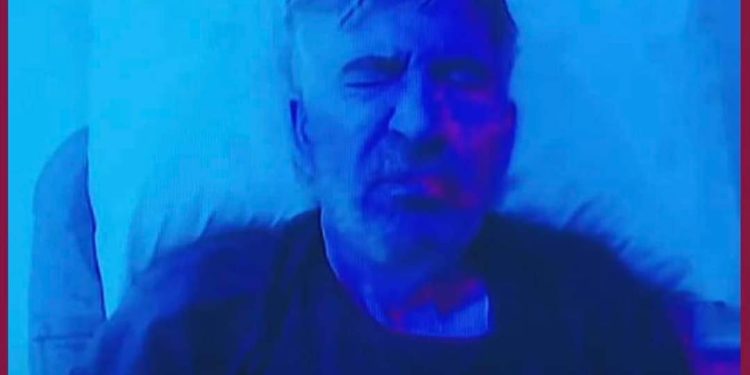 American expert-psychiatrist Eric David Goldsmith claims that the third president of Georgia, Mikheil Saakashvili, has rapidly progressing dementia. He stated this at the trial, where he testified on the report he had prepared regarding Saakashvili’s health.

“The evidence shows that he has memory loss. As with all dementia patients, he has an excellent memory for the past. Before he had a sharp mind, quick thinking ability, but now his thinking ability is very slow and sometimes he is confused. His appearance is very damaged. He is untended. His nails need to be clipped. These are symptoms of dementia. It is difficult for him to get up from the chair. He has a problem with walking and has lost weight.

“He has a high level of stress. It shows in his memory loss and confusion. These are symptoms of dementia and a rapidly progressive type of dementia.

“Regarding the question of whether the heavy metal intoxication that the experts report has caused dementia, yes, that is correct. In contact with these metals, a person quickly develops memory problems and complications of his functions. It causes damage to the white matter of the prefrontal cortex of the brain. This was revealed by the radiological studies that were conducted. The exposure that happened to mercury and arsenic, and the damage that was caused, we call acquired dementia, which is different from typical Alzheimer’s disease,” Goldsmith said.

In addition, Goldsmith noted in the court session that simulation on the part of Mikheil Saakashvili regarding his health is ruled out.