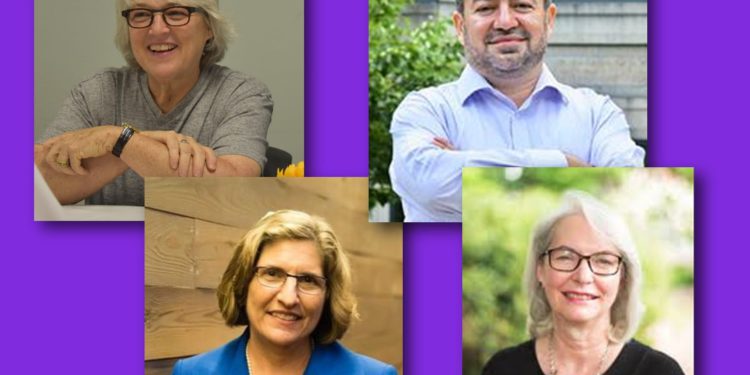 The Cathedral of Peace received a letter from interfaith figures from the United States on March 2. American Christian, Muslim, and Jewish clerics respond to the current political situation in Georgia, express their support for the citizens, and express their solidarity with them.

“We understand deeply the words Dr. Martin Luther King, Jr. wrote in 1963 as he sat in jail for fighting for justice. He wrote: “Injustice anywhere is a threat to justice everywhere. We are caught in an inescapable network of mutuality, tied in a single garment of destiny. Whatever affects one directly, affects all indirectly. ” Rooted in this truth, we write to stand in solidarity with the Georgian people in the struggle for justice and freedom.

We write from a place of mutual respect. We write believing that doing justice and loving kindness is the sacred vision for all humanity. We write with a confessional heart knowing that our humanity often fails to see the humanity of the “other.” We write with the awareness that the process of dialogue and non-violence takes longer than authoritarianism. We write to say that these values ​​— justice, kindness, dialogue, non-violence — are precisely the values ​​that hold us together as one human family in that network of mutuality.
Therefore, we call upon government and religious leaders worldwide to:

• Denounce governmental, religious, and cultural systems that seek to oppress and marginalize people based on race, gender, economic, religious, political, and sexual identity.
• Denounce the violence caused by systems of oppression.
• Denounce the silencing of opposition voices and any attack on free speech.
In the same spirit, we call upon all citizens worldwide to:
• Demand justice and dignity for all people regardless of race, gender, economic, religious, political or sexual identity.
• Demand government, religious and political systems that are just and protected from corrupt power.
• Demand respect for diverse opinions and open dialogue.
Believing that “the arc of the moral universe is long, but it bends towards justice” we shall not give into despair or hopelessness in these trying times globally. Rather, we will link arms and keep marching towards a common good for all humanity no matter what corner of the world we reside. To the people of Georgia, know that you are not alone in the struggle and fight for justice, for freedom, for truth. We stand with you and trust that one day we shall all overcome the injustices of corrupt systems of power that seek to oppress and silence the truth.
Stand boldly and courageously as you fight for your human rights, knowing that we stand with you in the fight.” is said in the letter.