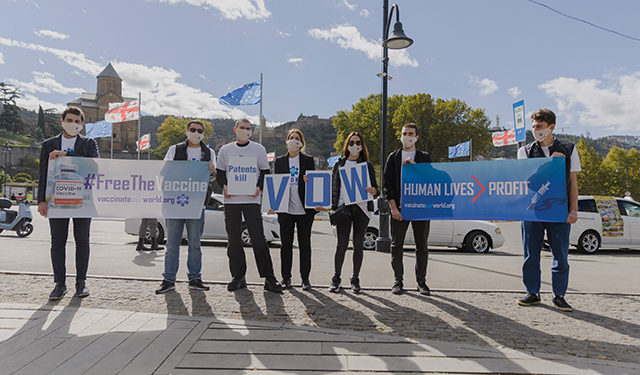 Ahead of the G20 Summit in Rome at the end of this month, as a part of AIDS Healthcare Foundation (AHF) Global Vaccine Access campaign “Vaccinate Our World” (VOW), various activities are being held around the world. AHF Georgia also joined the campaign in October. As in different countries, the main addressees of the campaign are the G20 leaders and vaccine producing companies.

“G20 leaders, vow to vaccinate our world now!”- with this message, activities were held in front of the German Embassy and in Europe Square at Rike Park in Tbilisi. Germany is one of the major developers / producers of Covid vaccines and, at the same time, a member of the G20, so it’s support for the goal of this campaign plays an important role in the world.

“The world is never going to recover from the global pandemic if people don’t get vaccinated all around the world. It is critically important that vaccine manufacturing companies lower the price, lower the profits, share the patents to help the rest of the world get out of this pandemic.

Georgia demands that the vaccine recipes be freed!” said Nino Khetaguri, Country Program Manager for AHF Georgia. “No nation is safe until all nations are protected! We have to call the G20 leaders to commit to real action on global Covid -19 vaccine access.” 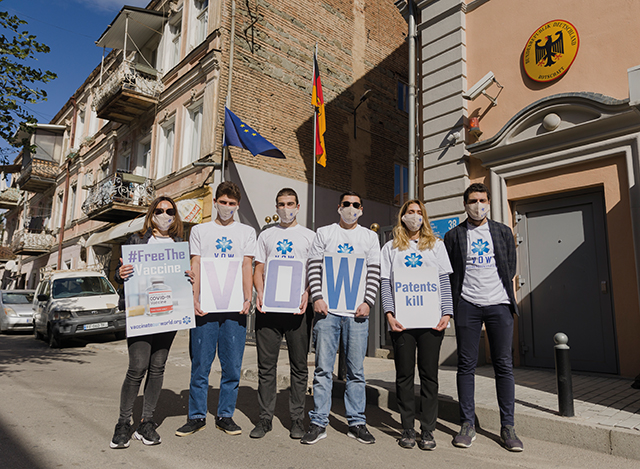 For almost two years now, the world has been battling a global pandemic. The only way to defeat the Covid-19 pandemic is to get vaccinated. As of early October, 3.6 billion Covid-19 vaccine doses had been administered globally, with nearly 80% of those going to people in high- and upper-middle-income countries. Barely 7% of the 1.3 billion people on the African continent have received even one dose. The discrepancy is worse for low-income countries, where just 2.5% of people have gotten a shot. Nearly 5 million people are dead and there are now 200 million infections of Covid-19.

VOW organizers have pledged to keep up the pressure on vaccine-making companies until it lowers its vaccine prices and shares its patents and technologies with other countries, so that vaccine production can be ramped up around the world. 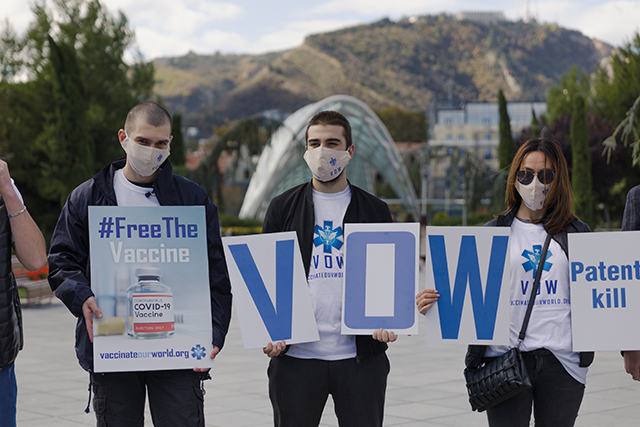 AIDS Healthcare Foundation (AHF) has launched global campaign “Vaccinate Our World” to urge leaders from the European Union and G20 countries to utilize the Summit to commit to real action on global Covid-19 vaccine access. The campaign calls on vaccine manufacturers and international public health institutions to take fair action to vaccinate the world’s population against Covid-19 as soon as possible. To that end, AHF calls on world leaders to promote international cooperation, not politics, as the driving force behind the pandemic. 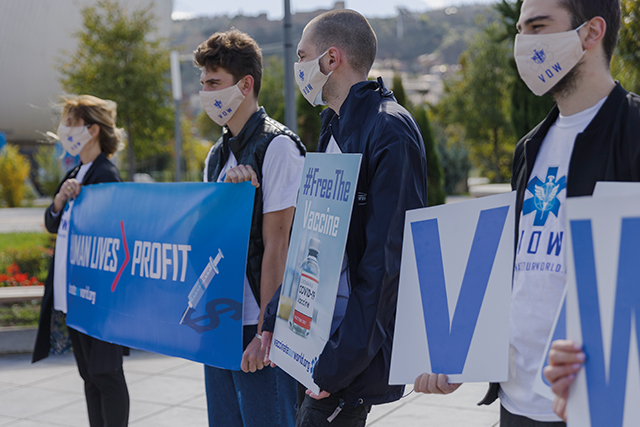