A Little Heads-up Would Make Sense 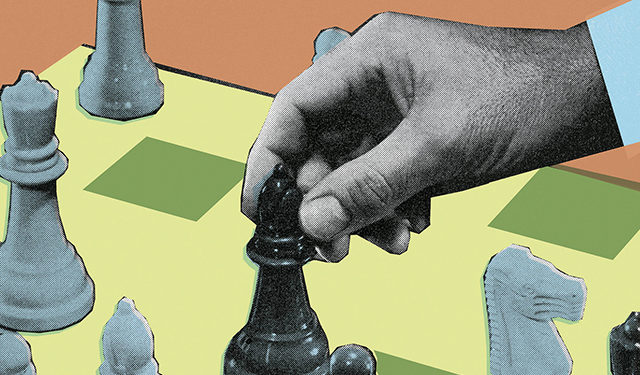 Big ideas beckon, solemn dreams enchant, a place in history awaits and more than at any time since he’s been in the Kremlin, the current Russian chief executive may be looking for a triumph – would these words sound portentous to any of the ears that are alert to the Russian geopolitical kinks and curves? I read them the other day in one of the most popular western editions.

While the Georgian political elite and their respective electorates are tumbling head over heels into those interminable deliberations over the legitimacy of the 2020 parliamentary elections, each chunk of the overly motley Georgian political spectrum aspires to perpetuate the idea, each in its own way, of the nation’s prospect. But who wouldn’t agree with the famous conventional wisdom that man supposes and God disposes? If Russia continues to be one of the most solid determiners of Georgia’s fate, and she has every possible power to be one, then who will tell me what unexpected tricks the bear might have up its mighty sleeve? There could be none, but what if there is, and not just one?

The same article by Leon Aron, the resident scholar and director of Russian studies at the American Enterprise Institute, unreservedly says that there are at least two reasons for our northern neighbor’s longtime leader to be thinking about some big and bold actions today, one being strategic and abiding: glory for himself and his Russia, the other motive being tactical: his endeavor toward a lifetime presidency. If this is true and the desire is shored up and balanced by his real-time ambition, then the Russian big guy would need another boost of his ratings. Incidentally, the observant author continues that his highest one ever was 88% in September 2008, following the five-day war against Georgia.

I loathe this kind of connectivity, because it sounds a little ominous, although this might very well be only a suspicion. On the other hand, wouldn’t it be better to be safe than sorry? I ask all my readers to peruse the prominent American scholar’s article I’m talking about to get better versed in what he qualifies as the potential unexpected moves by the Russian Federation in the direction of some of the former soviet republics, if this is imaginable at all. The article presupposes that “If the Russians want to launch another short victorious war, there is no shortage of potential targets: at least five neighboring countries are obvious candidates; three of them, Georgia, Moldova and Ukraine, are the sites of frozen conflicts that can be easily thawed by Russian troops inside those countries or on their borders.” The other two targets, notes the author, might be Belarus and Kazakhstan, and in case it comes to the Baltic Sea countries, both Brussels and Moscow know that they are indefensible in the short run because Russia enjoys an absolute supremacy in offensive equipment compared to other powers on the European continent. The article concludes that these five potential wars would not quite measure up to Putin’s ambition for the big ideas.

But not all is in the hands of just one side of the game. As a matter of fact, “In the longer run, and on truly important issues, democracies are informed by public opinion, which may change foreign policies, often quickly and radically,” which serves as a principle guaranteeing deterrence from any rash and impulsive action.

Going back to our own judgment kitchen, where there are a lot of political vegetables on the table to be turned into a tasty and nourishing dinner for all, I would give deep thought to the fact of our busy-ness with the nation’s business as usual, but I would at the same time think about the latent politic-economical and ideological fluids running back and forth between Russia and Georgia, doing this when the chasm between our adversary number one, Russia, and our strategic associate number one, America, has widened, having brought the two biggies once again to the point of “daggers drawn.” If I were a politician, I would look for menacing dangers not inside the house, but in the backyard, where players other than us are used to playing the kind of games that have not always ended in our triumph.