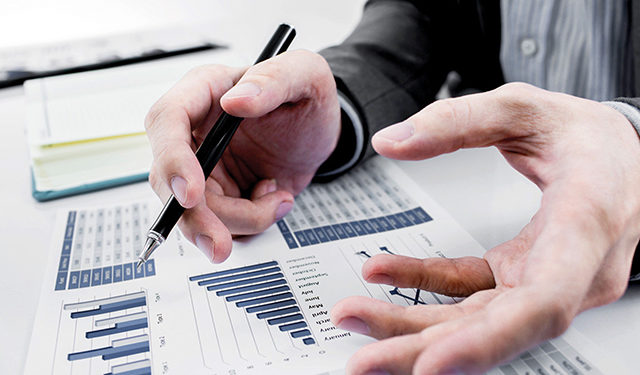 At a glance, such a gap might even be surprising, but it has many explanations. One point is that a significant amount of trade of goods within a trade regime is already made possible through the status of so-called ‘most favored nations’ (when tariff rates are minimal or even equal to zero). The second point is that many countries free the goods they must import in order to produce their own goods for export. Further points to be considered are the frequent practice of excluding high-tariff export goods from a free trade agreement; the popularity and speedy growth of electronic commerce (e-commerce), especially considering the specificities of the pandemic and post-pandemic periods (in which case it is worth noting that e-commerce is practically freed from taxes under the WTO’s 2006 agreement on information technologies); and, finally, that the direct or indirect expenses linked to advantageous administration granted by an agreement could push a producer to reject resorting to a free trade agreement.

The correlation between different legal instruments or economic structure in a country’s economic development is the subject of discussions. Nor do we agree that any of them should be given a more than acceptable role. It is also a fact that the even and inclusive growth of a national economic model is conditioned by the correct selection and support of various setups and instruments. Despite this dilemma, it is obviously necessary to mention the practical aid which a free trade agreement (when used correctly) contributes to the integration of national production into global production. It is also worth mentioning the use of such agreements as a conduit for transfer of a modern knowledge and experience—the latter function offering additional practical benefits during the pandemic and post-pandemic periods when forming new global supply chains as well as showing us the contours of the rapprochement of the Georgian economic system to an emerging configuration of that very global supply chains.

The non-economic side of the agreement
As mentioned, the economic advantages of free trade agreements are sometimes questioned. But in those countries where these advantages appear to be real, they must be turned into tangible benefits.

Adjusting such a complex instrument to one’s needs, besides proper economic modelling or appropriate infrastructure, also requires meeting basic and necessary conditions. Some of these, which in our opinion are the most essential, we have already mentioned above.

When speaking of free trade agreements, it is practically impossible to avoid their non-economic and so-called political side. Signing such agreements is often dictated by political assumptions and reflects developments in foreign or security policies.

This characteristic is clearly visible, say, in a way in which the United States perceives free trade agreements. For us Georgians, properly analysing the U.S. perceptions is even more important if we consider our clearly stated desire to sign such an agreement with our main strategic partner, particularly as a close and multidimensional co-operation between our two countries directly requires and conditions the existence of a free trade agreement.

It is obvious that in the arsenal of U.S. foreign policy, free trade agreements broadly pursue a foreign political aims rather than trade ones, as is proven by the list of countries with which the United States has signed such agreements. To mention only a few in order to strengthen this above stated assumption: Israel and Jordan, Morocco, Bahrain and so on.

It is a fact that U.S. interests in various countries or regions are far greater than trade alone. It is equally true that practically any such agreement has several aims, the most important of which remains U.S. foreign policy towards specific parties.

We, therefore, believe that the trade agreement between Georgia and the United States should mostly be mostly upon bilateral foreign and safety interests. This would have been the most proper, rational and honest (if you like) approach to the issue.

Here we present a few assumptions linked to the Georgian-American process and free trade agreement: we will mention once again that such an agreement is a necessary link in the chain of long-standing bilateral relations, and would naturally add itself to the other fundamental documents of this partnership—including the US-Georgia Strategic Partnership Charter, which bears a ‘constitutional’ meaning. In the meantime, such a free trade agreement will become a further example of demonstrating an equilibrium between large and small economies, which is not an easy task to accomplish. This is the key reason of believing that a free trade agreement between Georgia and the United States should mostly be dedicated to trade policy and not to a guaranteed trade turnover, the later seem to be inappropriate due to various reasons.

In a few words, in that document the respective parties should be united by their ‘narrow corporate-national’ interest. For the United States of America, this would mostly be a further strong demonstration of standing next to Georgia, both via security and defense agenda, as well in support for Georgia’s economic self-sufficiency by reducing its dependence on foreign aid (including that by the United States).
As for Tbilisi, of course, alongside general political aims, the major benefit would be improving access to the high-income market of the United States. We will repeat that widening access of the existing format in such a way would be a relatively delicate process, considering the specificities of the two economies and their different scales. Meanwhile, an increase in healthy and bilateral interest of the both sides of an aisle could further encourage the Georgian government—and this time by virtue of a free trade agreement—to carry out internal reforms in response to international obligations and standards. In addition to all the above, we must by all means point out to additional political and moral significance of such a high-level agreement in view of the continued occupation of Georgian territories, occasional embargoes of one kind or another as well as never-ending threat of economic blockade.

Moreover, a free trade agreement would become an additional test for the Georgian-American partnership since enacting an agreement requires equal support of both the executive and the legislative branches in the States. Accordingly, a free trade agreement also brings us to the question of a required degree of bicameral and bipartisan support for Georgia, that being a very must condition for a new level of strategic and political partnership with the United States. An extra fallout to consider is that, by having US-Georgia free trade agreement, a good example could be provided for emergence of a regional trade block – something, as we appreciate, albeit of a distant future albeit and surely of much more complex challenge.

In future
Of course, any new free agreement with new partners offers some further opportunities for Georgia’s integration with the European, Euro-Atlantic and global economic structures. As was already mentioned here, the process not only serves economic purposes but also addresses a much wider agenda—particularly as bilateral or multilateral trade unions with a regional twist remain a dominant trend in this regard against the background of systemic problems that the World Trade Organization is currently facing.

At the same time, we wish to underline one of the main messages of this piece of article: access to new geographic markets through free trade and offering our own economic space in return must not be limited to the senseless ritual of respect for international protocol, as this could obviously not contribute to political pride either.

An objective analysis of every agreement is therefore vital, and any free trade agreement must be scrutinised by subjecting it to a so-called ‘Georgian stress test’. For a proper evaluation, that very ‘stress test’ would require listing all directly or indirectly linked factors as well as respective ways and venues for implementation; identifying how any such agreement could improve real rapprochement. In course of a political and legal decision-making, a very thorough and objective analysis is to help with getting a right answer the principal question: having a clear understanding on extent to which this future agreement would support a real development of Georgia’s national economy by organically and not falsely or harmfully integrating it into the international economic system.

Ideally, a free trade agreement with Georgia as the party is to facilitate with: (1) achieving economic growth; (2) improving business environment; (3) stimulating direct investments; (4) further optimising government expenses; and (5) upgrading modern knowledge and access to technologies and knowhow.
Obviously, in terms of overcoming economic challenges, protectionism would be the worst ‘outcome’, particularly for a national economy with scarce and insufficient resources and critical need of linking with the wider world for its national development. A need which is so certain and undeniable. However, what such necessity also entails is that any similar connection should be analysed and based upon a proper and impartial evaluation of long-term results, and that expectations in terms of development must be realistic rather than simply satisfying current circumstances and an arrogant political or nationalistic ego. This short article – and its critical and equally disputable remarks and assumptions – only seeks to serve as a reminder to complexity of the task.