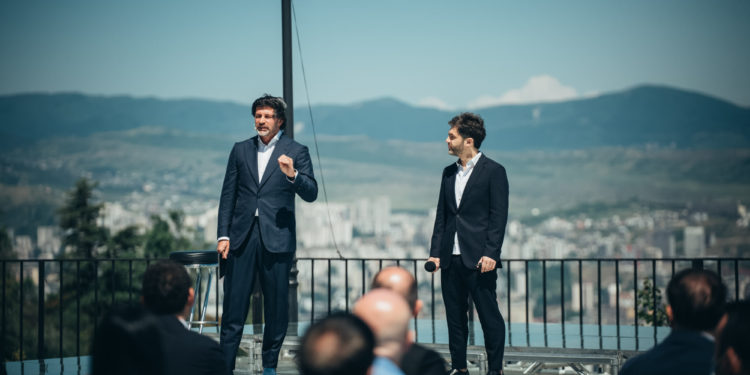 Today, May 18, the Mayor of Tbilisi, Kakha Kaladze, presented a report on the projects and measures implemented in the field of urban development policy.

“We were elected by the people of Tbilisi for 4 years and this term expires this year. Therefore, as the elected mayor, I am obliged to provide information to the public about the projects and issues that have been covered during these four years,” Kaladze said.

The Mayor noted that over the years, the city has been developing incorrectly from an urban point of view, but his team, with the involvement of specialists in the field, has launched many initiatives.

“Today, in terms of urban policy, Tbilisi is a much more orderly, much more comfortable, and green city. Most importantly, the city has taken the right path of development and we will never go back to the practice of the past, when decisions were made chaotically, against the interests of Tbilisi and Tbilisians, which was detrimental to everyone,” the mayor said.

The Vice-Mayor of Tbilisi, Irakli Khmaladze, noted that in the spring of 2019, a general plan for the development of the city was approved, which defines the conditions and assumptions for the development of each plot of land, precinct, or area throughout Tbilisi. They restored, the protection zones of the historical part of the capital, they granted an additional 4,000,000 sq.m. of green space status, five new park areas have been identified, Excess of construction coefficients was prohibited.

“We have established the sidewalk standard. Also, the historical council was significantly activated. No building, reconstruction, or rehabilitation permits in the historic area of ​​the city, not even the façade, are made without the agreement of the council.

“It is also very important that we have ended the harmful practice of exceeding the construction coefficients. What you do not like about living in the city today is the result of this practice,” said the vice-mayor of Tbilisi.