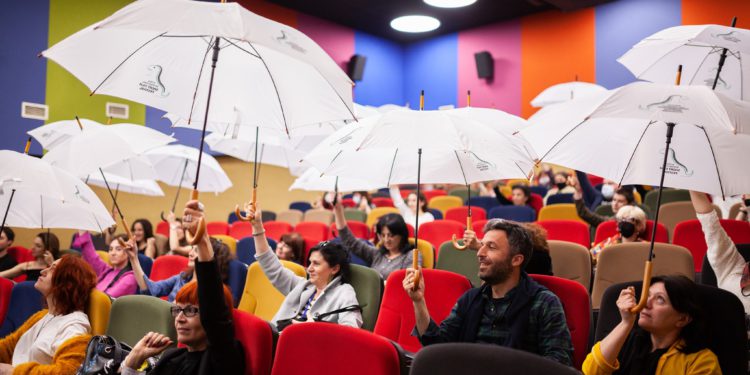 At the Lado Meskhishvili Theater Kutaisi International Short Film Festival was held, at the award ceremony, winners were revealed.

O Mà! France won the Golden Dinosaur Award for Best Picture. The Golden Dinosaur Prize for Best Director was won by Irine Jordania,
For the film “12 K. Marx Street” Georgia. The prize for the special visual vision was awarded to an Italian film “Havens.” “Fishing”(Georgia, France) directed by Tornike Bziava was awarded a special jury prize. An Independent jury of film critics of the festival revealed their favorite film “Motherland” (Bulgaria, France).

Script Development Workshop was held during the festival
The winners and the favorites of the partners were also revealed within the framework.

TBC Concept cash prize (1,000 GEL) was awarded to two winners:
“We and They,” directed by Iza Titberidze and “At the End of the Month”
directed by Levan Shubashvili