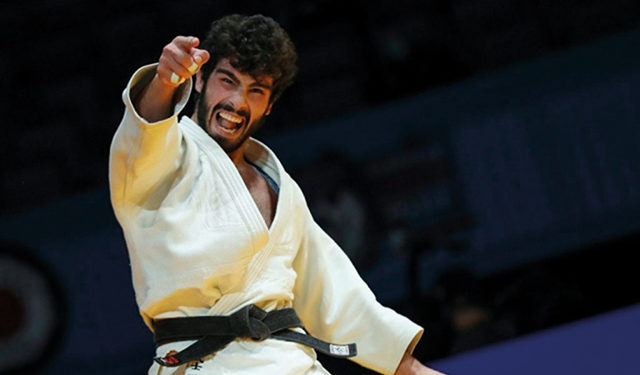 Young Georgian wrestler Tato Grigalashvili (81 kg) was named the best male athlete at the Doha World Judo Masters, while France’s Romane Dicko earned the same honorary title among women.
Grigalashvili performed 4 Ippons, which took 16.33 minutes, while Dicko managed to reach Ippon in 9.3 minutes.
The International Judo Federation applauded the Georgian athlete’s performance by saying he has “displayed incredible throwing ability as well as fantastic groundwork” that “surely cements his Rising Star award in Judofest”.
The Georgian judo team participated in the first international tournament of 2021 with a total of sixteen athletes and won five medals. Vazha Margvelashvili (66 kg) took third place on the first day of the three-day World Masters, and Tato Grigalashvili (81 kg) became the champion the next day. The 21-year-old Georgian, who arrived in Qatar as the current European champion, played five matches and won all five. On the way to the final, Grigalashvili defeated Hungarian Attila Ungar, Italian Antonio Esposito, Russian Alan Khubetsov, and South Korean Sungkho Lee. In the fight for the champion title, he defeated Frank de Wit from the Netherlands.