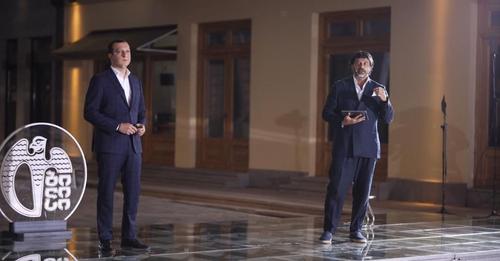 The Mayor of Tbilisi, Kakha Kaladze, presented a report on the projects implemented in the direction of the Tbilisi infrastructure development policy, noting that there is frequent communication with the public about the ongoing and implemented projects in the city. He added that there is still much work to be done to fully regulate infrastructure throughout Tbilisi.

The Deputy Mayor of Tbilisi, Irakli Bendeliani, spoke about the slope near Machavariani Street and noted that the risk of landslides no longer exists after the implementation of the first stage, and the second stage will be implemented in accordance with the expert project.

“The initial work needed to reduce this landslide process has already been completed. We are waiting for the expert project in a few days, according to which we will start the second stage of work and in about two and a half months the traffic on this street will be resumed bilaterally,” said Irakli Bendeliani.

Related stories: Peter Neumann on the Landslide Prevention Works: Our Actions Have Really Paid Off