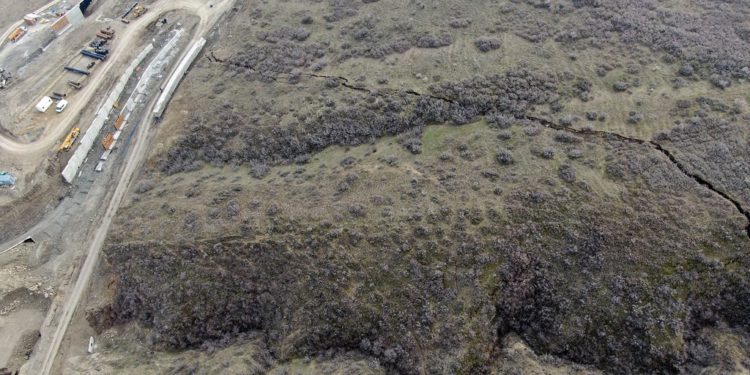 Tbilisi Deputy Mayor Irakli Bendeliani said that the slope will be returned to its original natural state.

“Last week, a meeting of the working group was held, in which, on the recommendation of the experts involved, certain decisions were made, one of which was to return this slope to its natural, original state, which means, based on specific studies, to fill a certain volume of land with earth in order to create even more obstacles for this creeping landslide and to provide some prevention so that this mass does not suddenly collapse,” Bendeliani said.

According to the Deputy Mayor, a special monitoring system will be installed in the landslide-prone area and the surrounding area by the end of this week, which will allow them to have detailed information about the ongoing processes.