PM: Both Ukraine and Georgia are Motivated to Become Full Members of NATO Very Soon 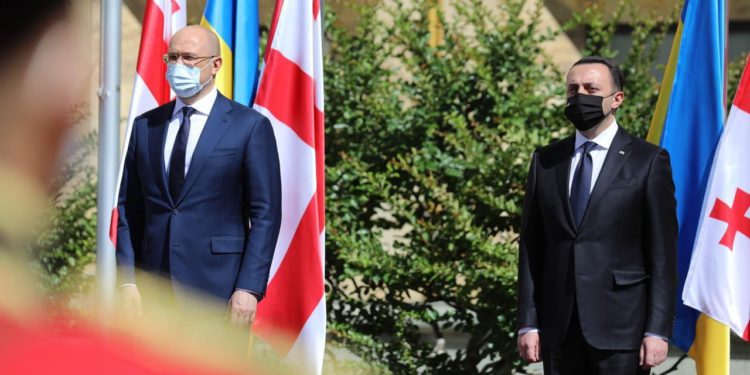 “One of the main topics of our meeting was our aspiration to the European Union. Of course, both countries are clearly established to become members of the European Union, and we, naturally, have talked a lot about this issue.

“On May 17 this year, Georgia, Ukraine, and Moldova signed a memorandum on the establishment of the ‘Associated Trio,’ which is a very important political statement. We also discussed the integration of Georgia and Ukraine into NATO. Both countries are also very motivated to become full members of NATO very soon.

“At the Bucharest Summit, the allies decided that Georgia and Ukraine would become members of NATO, and over the years, our countries have made significant progress on this path,” said the Prime Minister.

At the joint briefing held by the Prime Ministers of Georgia and Ukraine, PM Denys Shmyhal noted that the relations between the Georgian and Ukrainian peoples are gaining momentum and this is a very important signal for the business and citizens of these two countries.

“I am convinced that our countries’ accession to the European Union and NATO is only a matter of time. For our part, the governments of Georgia and Ukraine are doing everything possible to meet the necessary criteria,” Shmyhal said.