Zurabishvili: Bombing of Kyiv & Other Ukrainian Cities is Terrible News, All of Georgia Stands with Ukraine 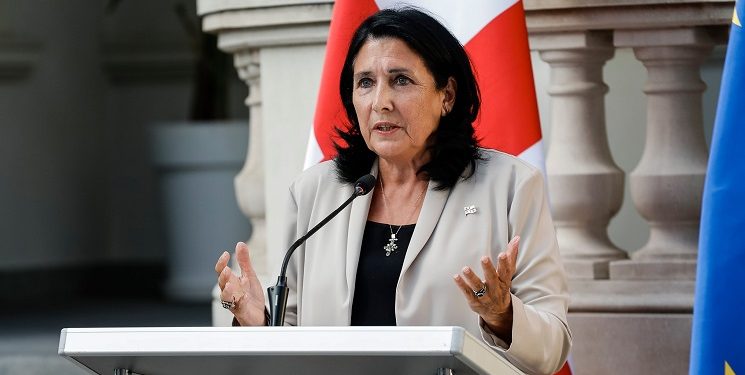 The President of Georgia, Salome Zurabishvili, announced that the bombing of Kyiv and other Ukrainian cities is “terrible news.”

“Terrible news of the bombing of Kyiv and other cities. An indiscriminate attack on civilians meant to destroy, to instill fear. But the world has seen the determination of the Ukrainian nation. All of Georgia stands with Ukraine!” the President of Georgia tweeted.

The tweet came after Russian forces launched a mass attack on Ukrainian cities this morning.