Zelensky: We will Give Weapons to Everyone Who Wants to Defend our Land 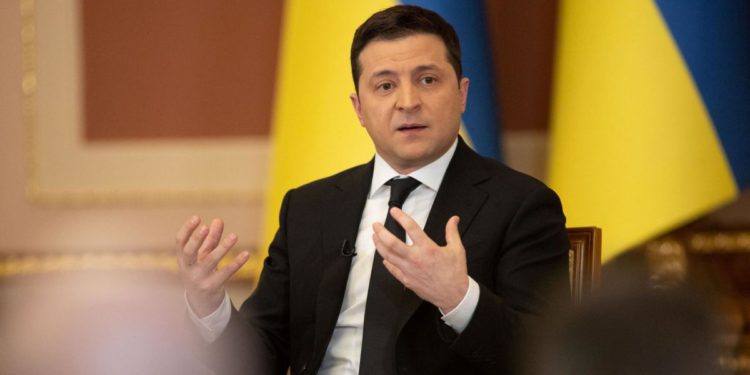 “Information mobilization is important. It is important to explain to the people where the manipulation is, where the lies are, and where what is happening,” said Ukrainian President Volodymyr Zelensky.

He appealed to the citizen, the media, to spread information about how the Ukrainian army is fighting relentlessly, adding that the military needs the support of the population.

“Believe me, our army is made up of strong people, as strong as our population is, so strong is our army, so support them. The Ukrainian armed forces are engaged in hard fighting, repelling attacks in the Donbas. The enemy suffered a serious loss. The loss of the enemy will be even greater, they have invaded our land. Ukraine was attacked from the north, east, and south, attacked from the air. Defense, the army is working. National solidarity is the mainstay of Ukrainian statehood today, however, it is not the only one. “We have already started issuing and handing over weapons to anyone who wants to defend our land,” Zelensky said.