Zelensky to US Congress: Against All Odds, Ukraine Didn’t Fall 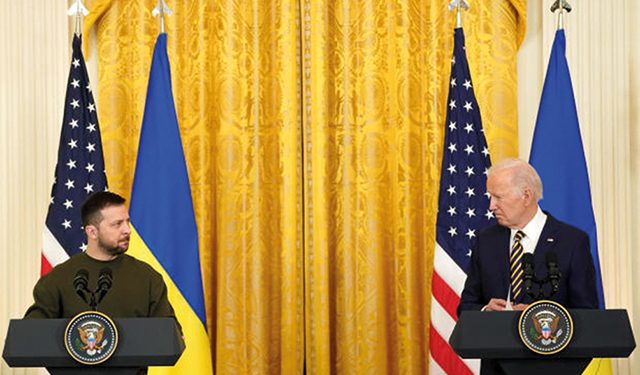 Ukraine’s President Volodymyr Zelensky arrived in the US on Wednesday morning. US President Joe Biden and Zelensky met at the White House for a bilateral meeting between high-ranking officials from both nations, followed by a joint press conference where Biden pledged to help the young leader for “as long as it takes.” The Ukrainian leader gave a historic 32-minute address to US lawmakers at the Capitol building in Washington, D.C. on Wednesday night.

“Against all odds and doom and gloom scenarios, Ukraine didn’t fall. Ukraine is alive and kicking,” Zelensky said to a loud round of applause and standing ovation.

“The battle is not only for life, freedom and the security of Ukrainians or any other nation which Russia attempts to conquer,” he said, “the struggle will define in what world our children and grandchildren will live.”

Zelensky assured Americans that their money wasn’t being wasted in Ukraine, saying its soldiers knew perfectly well how to operate complex US weapons systems and planes.

Earlier in the day, Secretary of State Antony Blinken announced a $1.85 billion military package for Ukraine that includes a Patriot missile system, which Russia has warned the US against sending to Ukraine.

The Ukrainian President’s US visit comes after he made a surprise trip to the front-line city of Bakhmut in eastern Ukraine on Tuesday. There, he met soldiers defending the city from Russian forces, who have been trying to capture it for months.

Zelensky praised the bravery and fortitude of troops and civilians in the Donetsk city, saying, “Bakhmut Fortress. Our people. Unconquered by the enemy. Who, with their bravery, prove that we will endure and will not give up what’s ours. Ukraine is proud of you. I am proud of you! Thank you for the courage, resilience and strength shown in repelling the enemy attacks.”

The small city of Bakhmut in eastern Ukraine has seen some of the fiercest hand-to-hand fighting of the war in recent months due to its strategic and symbolic importance. 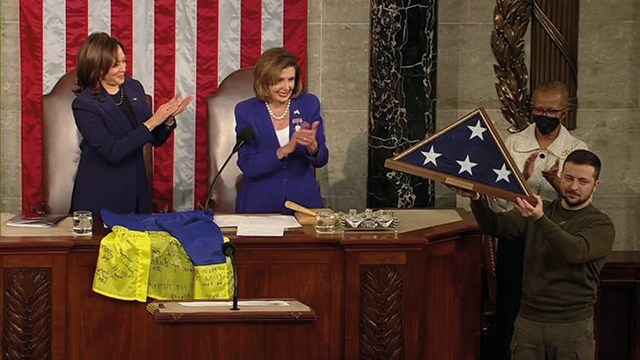 Zelensky evokes Battle of the Bulge, Saratoga in appeal to US Congress
Zelensky received loud applause from the US Congress Wednesday night as he compared Ukraine’s fight for its survival to US battles from World War II and the American Revolution.

He compared Ukraine’s ongoing defensive stand against Russian troops in the east of the country around Bakhmut to American troops’ successful defense against German troops in the Battle of the Bulge in 1944. Both battles raged through the Christmas season.

Zelensky went on to say he hopes for a turning point in the Ukraine war in 2023, similar to the American revolutionaries’ victory at Saratoga. At that series of battles in 1777, Americans defeated imperial British troops in Upstate New York.

France began openly supplying the Americans with arms after Saratoga, and continued weapons shipments were part of Zelensky’s plea before Congress.

“We Ukrainians will also undergo our war of independence with dignity and success,” the Ukrainian President said.

The war “could end today if Putin had any dignity at all, and did the right thing and just said, ‘pull out.’ But that’s not going to happen,” said Biden.

Biden’s remarks reflect the belief within the White House that Ukraine will never agree to peace talks as long as Russia still occupies Ukrainian land, and that Putin will never voluntarily retreat from the country.

US officials acknowledge that an even longer war will require even more American support for Ukraine, something Zelensky was expected to speak on when he addressed Congress on Wednesday night.