Zelensky: Sean Penn Brought his Oscar Statuette as Symbol of Faith in Victory of Our Country 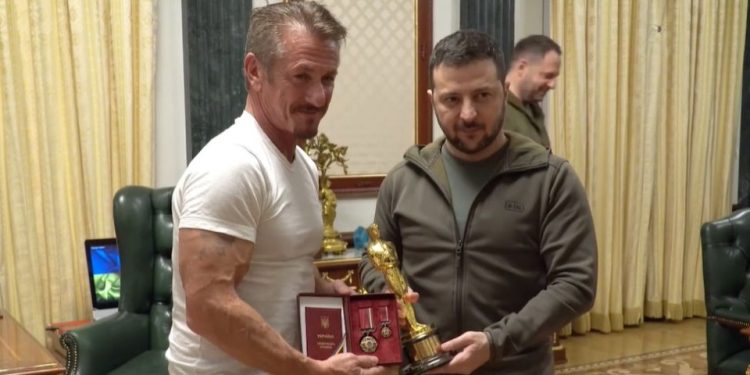 American director and actor Sean Penn arrived in Ukraine. The actor presented Volodymyr Zelensky with an Oscar statuette as a symbol of Ukraine’s belief in victory.

“This time our meeting was special. Sean brought his Oscar statuette as a symbol of faith in the victory of our country. It will be in Ukraine until the end of the war. It was with great pleasure that I presented Sean Penn with the Order of Merit of the III degree. Thank you for such sincere support and significant contribution to the popularization of Ukraine in the world!” Wrote Zelensky on Social Media.

Penn came to Ukraine for the third time during the full-scale war.