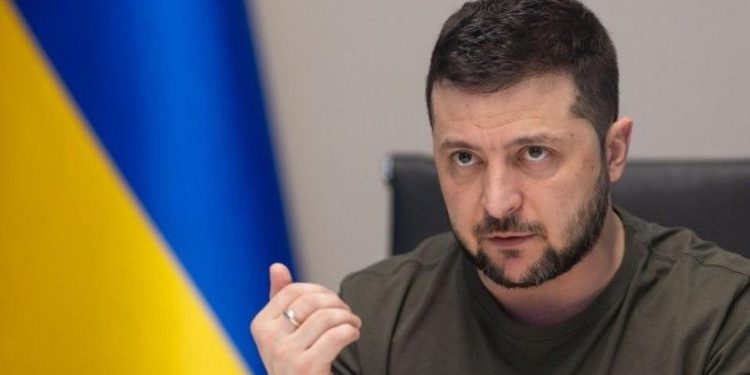 President Volodymyr Zelensky has said that Ukraine is prepared to discuss adopting a neutral status as part of a peace deal with Russia, but the move would have to be guaranteed by third parties and put to a referendum.

He said Russia’s invasion had caused the destruction of Russian-speaking cities in Ukraine, and the damage was worse than the Russian wars in Chechnya. Ukraine was discussing the use of the Russian language in Ukraine in talks with Russia, but refused to discuss other Russian demands, such as the demilitarization of Ukraine.

“We will not sit at the table to talk about demilitarization and denationalization. These are completely incomprehensible issues for me,” Zelensky said.

He noted that such an ultimatum was presented by the Russian side at the first meeting in Belarus.

“Regarding the protection of the Russian language, I have instructed the delegation that every subsequent day of the war will raise the question of understanding what the Russian language is in general. People themselves do not want to speak Russian. That is why we said that only mirror respect can be given to all neighbors about culture, language and common values. All this will be decided by a public poll,” Zelensky said.

He said this means ending speculation about teaching in Russian.

“Security guarantees and neutrality, our state no longer having nuclear status – this we are ready to go for. This is the most important point. This was the first matter of principle for the Russian Federation, and as far as I can remember, they started a war for it. Then they started adding ultimatum points,” Zelensky said in an interview with Russian opposition journalists.

However, he pointed out that this should be a serious agreement and not just “on paper,” like the Budapest Memorandum.

“I will discuss security guarantees for Ukraine and for them [Russia]. It is a deep process. But I wonder if this will not be another paper similar to the Budapest Memorandum. We are interested in turning this sheet into a serious agreement that will be signed by all guarantors. The guarantor must be ratified in the parliaments of the states and there must be a referendum in Ukraine,” Zelensky said.

He said an agreement on neutrality and security guarantees needed constitutional changes which would require two sessions of parliament and a year of deliberations, and a referendum would be a faster way.

Zelensky demanded that an agreement must be reached with President Putin, and the guarantors will not sign anything if Russian troops are stationed in Ukraine. Zelensky said Ukraine’s goal now is to have Russia withdraw to the compromise areas where they stood until February 24.

“I understand that we cannot force Russia to completely liberate the territories. This will lead to World War III. So I say this as a compromise – go back to where it all started and there we will try to resolve the difficult issue of Donbas,” Zelensky added.

In 1994, Ukraine acceded to the Treaty on the Non-Proliferation of Nuclear Weapons with the Budapest Memorandum of Understanding. The parties to the memorandum – the United States, Russia and Great Britain – pledged to “respect Ukraine’s independence, sovereignty and existing borders” and to “refrain from threatening or using force against the country.” These guarantees played a crucial role in convincing the Ukrainian government to give up on the world’s third-largest nuclear arsenal, consisting of approximately 1,900 strategic nuclear warheads. However, Russia violated this memorandum in 2014 with the annexation of Crimea.

For reference, in 2010, under President Yanukovych, Ukraine was defined by law as a country with neutral “non-bloc” status. Nevertheless, Russia annexed Crimea in 2014, before which it opposed Ukraine’s signing of an association agreement with the European Union. After the change of government as a result of the Maidan events, in December 2014, Ukraine refused “non-bloc” status.