Zalkaliani Speaks to Minister of Foreign Affairs of Republic of Turkey 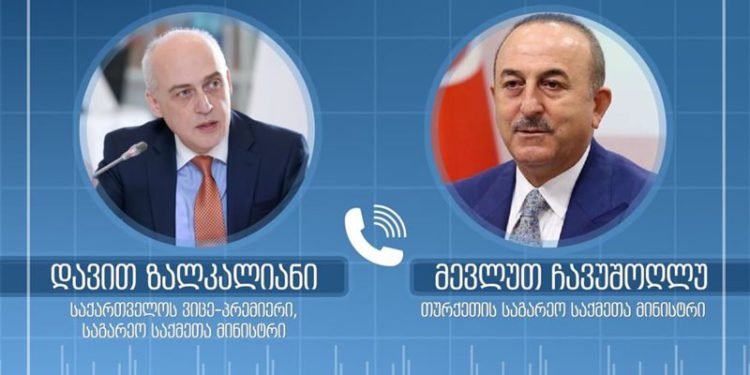 The two ministers spoke about the latest developments in the region, the ongoing war in Ukraine and the difficult security environment created as a result. In this context, the sides highlighted the importance of Turkey’s active efforts to find ways for a ceasefire and resolve the existing conflict through diplomacy.

During the telephone conversation, the ministers discussed in detail the security challenges facing Georgia, including the situation in the occupied regions of Georgia. For his part, Mevlüt Çavuşoğlu reaffirmed Turkey’s unwavering support for Georgia’s territorial integrity and Euro-Atlantic aspirations and condemned the so-called illegitimate parliamentary elections in the occupied Abkhazia region.

The ministers also discussed the agenda of bilateral cooperation, including the possibility of holding a high-level strategic council. The Ministers expressed their commitment to continue the intensive dialogue and conduct bilateral visits.