Zalkaliani Meets with Polish Ambassador to US, Discusses Prospect of Granting Georgia Status of Candidate Country of EU 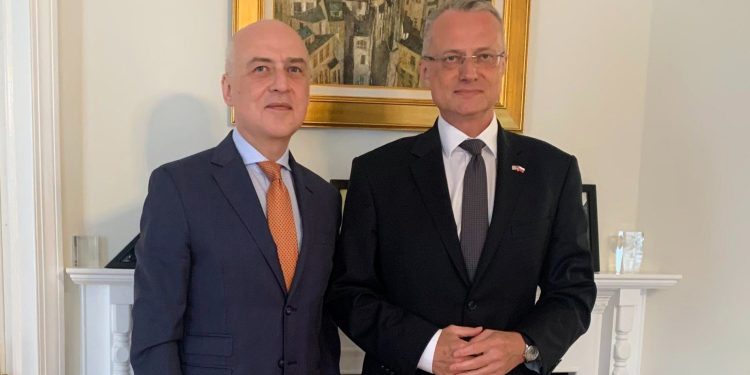 The parties discussed the priorities of bilateral relations, the European Perspective granted to Georgia, Russia’s aggression against Ukraine, and the difficult situation in the occupied regions of Georgia.

The parties discussed the prospect of granting Georgia the status of a candidate country of the European Union and expressed their confidence that this will happen very soon.

Ambassador Zalkaliani expressed gratitude for Poland’s unwavering support for our country’s European and Euro-Atlantic aspirations and added that the government of Georgia will do everything to fulfill the prerequisites for receiving the status of a candidate country of the European Union.

Tags: Ambassador of Georgia to the United StatesPolish Ambassador
ShareShareTweet