Young People to Advocate for Voting in Local Elections 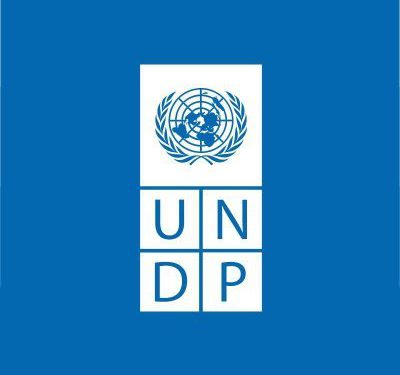 UNDP and Sweden are launching a campaign to educate first-time voters in Georgia The upcoming local elections in Georgia are a chance to promote diversity and equality in governance, vote more women into the office, and elect competent, efficient, and accountable authorities who will address a range of social and economic issues. Young people in Georgia are responding to this opportunity by launching a national ‘Shall We Go to Vote?’ campaign, supported by the United Nations Development Programme (UNDP) and the Government of Sweden.

Motivated and active Georgian youth are leading this initiative, which includes a series of training on democracy, elections, self-governance, human rights, gender equality, and citizen engagement. The peers-engaging-peers nature of the training will motivate first-time voters to cast their first ballots in October. The campaign will continue through September.

Twenty-five young trainers who were selected in the competition are now going through a specialized course that will prepare them to pass their knowledge on to other young voters across Georgia. The three-day ‘training of trainers’ kicked off in Borjomi on 26 August.

“Young voices must be heard in elections if we want to address intergenerational issues such as climate change and inequality,” said UNDP Acting Head Anna Chernyshova. “We help first-time voters in Georgia to understand their role in this critical democratic process and hold decision-making power over the issues that will shape their future.”

“Sweden is a long-standing supporter of democracy, gender equality, and youth activism in Georgia,” said Ambassador of Sweden Ulrik Tideström. “Our initiative aims to ensure that young Georgians, especially those in the rural areas, will engage in the electoral process as responsible and informed citizens. We wish to encourage young women and men to be part of this life-changing experience, also bearing in mind that a gender quota will be applied to local elections for the first time in the history of independent Georgia.”

The Central Electoral Commission reports that people aged 18 to 29 comprise 18 to 20 percent of Georgian voters. The research commissioned by the International Republican Institute last year revealed that their turnout rates are high; by then, more than 80 percent of young people stated they would cast a vote in the 2020 parliamentary elections. However, the same research showed that only 38 percent of young voters were familiar with the electoral environment and programs.

With the 2021 local elections several weeks away, the educational campaign for first-time voters will address these gaps by assisting young people to learn about the areas such as the foundations of democracy, the electoral system, the competencies of the central and local governments, forms of citizen participation and the roles of the media in elections. Special emphasis will be placed on respecting human rights, ensuring gender equality, and protecting the rights of minorities and persons with disabilities.

UNDP and the Georgian organization ‘Democracy Laboratory’ (DemLab) are implementing the campaign, drawing on resources provided by the Sweden-funded UN Joint Programme for Gender Equality.