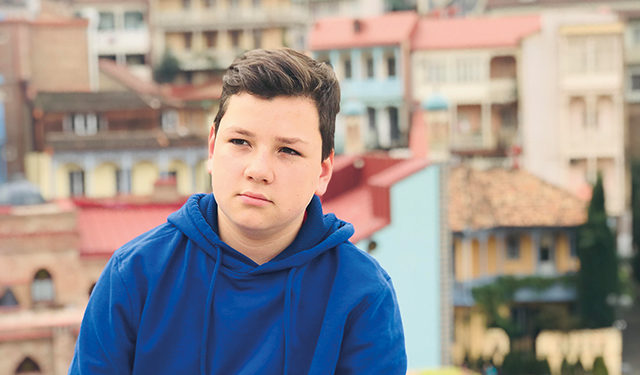 Levani Vancko has a Georgian mother and American father. He is 15 years old and has two brothers, Giorgi (16) and Temuri (14). He was born in Singapore and lived in Chicago (USA) and Switzerland before moving to The Netherlands, where he and his family have been living since 2013. He attends the Amsterdam International Community School and his main hobbies are football, cycling, cooking, guitar and piano.

Throughout his travels and living abroad, Georgia is on his mind. He has a strong connection with Georgia from his mother’s side. Next to regular visits to Georgia each year since he was very young, his mother always spoke Georgian to the boys and they attend both the Georgian church and Georgian school every month in The Netherlands. His summers and autumns are spent in Kakheti and he enjoys the fresh fruit, wonderful polyphony, and the festive harvest.

During all his visits, Levani has had the opportunity to experience and appreciate many different and interesting regions and legends about Georgia. But as much as he loves spending time in Georgia, he came to realize that Georgia faces some challenges as it continues to progress and develop further. He decided he wanted to help. We asked him to tell us his story. 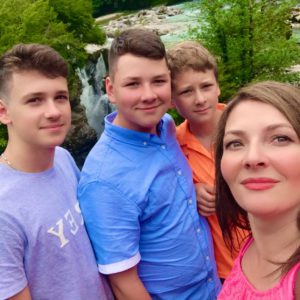 “In 2017 during one of our summer holidays in Georgia, Giorgi, Temuri, and I all visited Satnoebi’s Sakhli, a home for people with physical and mental disabilities in Kakheti,” Levani says. “My older brother Giorgi started several projects to support them, and I wanted to do something to help people in need as well. We discovered another home close by called Beteli (Tsnori) that caters to elderly people without relatives or others to take care of them. We spoke to the manager of the home, Ilia Demetrashvili, who explained that they needed several items: wheelchairs, some warm blankets, and an oversize washing machine. I promised to help them.

“When we got back to The Netherlands, my brother Giorgi officially registered a charity for his projects, called Help the Republic of Georgia,” he tells us. “This official status made it easier to organize fundraising activities and also for me to access the companies that might be able to help with the wheelchairs. I raised money by collecting donations from family, friends, classmates, and the community. Within a few months, I’d connected with a large company that supplies wheelchairs and other medical devices to all the hospitals in The Netherlands. They only keep each piece of equipment or device a few years, so I was able to purchase some wheelchairs that were in good condition for a reasonable price. With the rest of the money I raised, I bought warm blankets and that oversize washing machine. During my next visit to Georgia, I was able to deliver the wheelchairs, blankets and washing machine to the home. Although it was a relatively small effort on my part, I was struck by how humble and appreciative the home was for my help. That feeling inspired me to start thinking about another project. 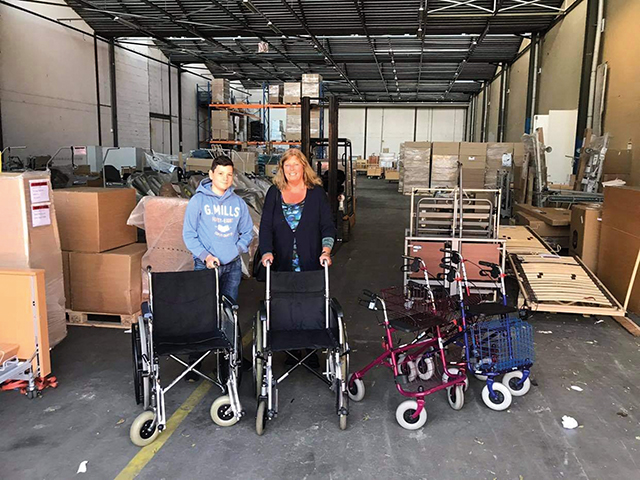 “After visiting and talking with the manager, I knew that the home had a limited budget and a relatively high gas bill to heat the home and the water. The fact that they requested blankets gave me the impression that the heating might not be optimal. With so many fond memories of Georgia, with blue cloudless skies and beautiful sunrises and sunsets, I wondered if it might be possible to solve this problem by harnessing Georgia’s sunshine. The idea of a solar water heater for my next project was born, and I started looking into it in more detail.

“A solar water heater uses the free energy of the sun to heat a fluid, which in turn heats water that circulates through the house, both for heating as well as for bathing,” he says. “This dramatically reduces the gas bill, especially in the winter. This kind of project is perfect for Georgia, which has plenty of sunshine, cool winters, and expensive natural gas. A further benefit of a solar heater is the positive impact on the environment and climate of replacing burning of fossil fuels with sustainable solar energy. This not only reduces the amount of CO2 released into the atmosphere but also contributes to less particulate pollution in the air, since less gas is burned.

“I studied the project in more detail, checking the gas bills of the home to make sure the investment would make sense. Another round of fundraising was required and this was quite challenging during the COVID-19 pandemic. Even in a relatively wealthy country like The Netherlands, COVID-19 has created uncertainties, and many people have problems of their own. It was difficult to raise the required funds, but after a lot of perseverance and the generosity of many people, I raised enough for the project. Next, I consulted with a few contractors who offered systems and technical support to install and setup the solar water heater and connecting it to the existing gas heating system. I’m really pleased that the solar heater is installed and working properly. I know this will allow the home to save money on their gas bill so they can spend their limited budget on more essential goods that will directly benefit the residents.

“Installing the solar water heater is the last of the items that were needed at this home. I can already see that they are able to manage much better with the small help I was able to offer them. I’m part Georgian and love Georgia, so although I don’t have a specific next project at this moment, I will definitely continue with activities to help the Georgian people and contribute to further positive developments in the country. I see that the modest projects I completed had a positive impact on the people and are truly appreciated,” Levani says with a smile.