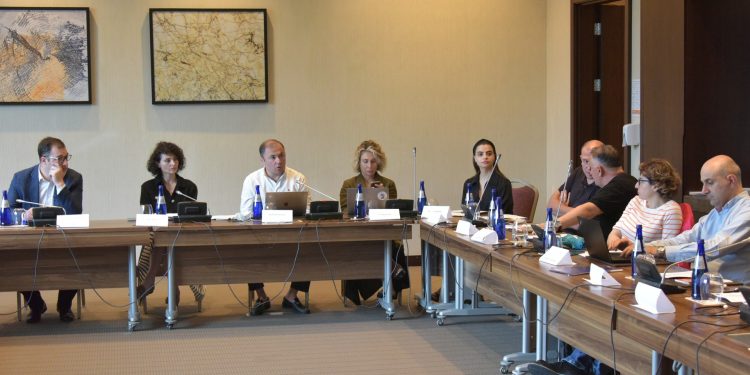 As part of the Council of Europe Project “Strengthening Media freedom, Internet governance and Personal data protection in Georgia,” the Committee held the two-day working meeting on Standards of Freedom of Expression and Professional Regulation of the Media: Experience of the Council of Europe and the European Union, which the Committee members and other MPs attended.

“The European Union and Council of Europe’s experiences in this area are instructive for us as it relates to standards of freedom of expression and professional regulation of the media. So, on the one hand, we shall carefully evaluate the obligations set forth in the EUAA. This topic needs to be discussed as soon as possible. On the other hand, it is intriguing to observe what the best practices are in this area in the EU member states and how the legislation we are about to enact adheres to the EUAA obligations,” David Songhulashvili, Chairman of the Sector Economy and Economic Policy Committee stated.

The experts of the Council of Europe focused on the importance of implementing the decisions of the European Court of Human Rights at the national level and on the commitment assumed by Georgia within the framework of the Georgia-EU Association Agreement to harmonize its legislation with the EU Audiovisual Media Services Directive (EUAVMSD).

Article 10 of the European Convention (freedom of expression), as well as media freedom, were the main topics of discussion.

Particular attention was paid to the requirements that the EU Audiovisual Media Services Directive sets in general regarding the professional regulation of the media.

A discussion was also held on the media professional regulation system in Georgia and its compliance with the requirements of the directive.

On the second day, the meeting participants will discuss hate speech and obscenity, the examples of European countries in terms of professional regulation of the media, and the model presented by the draft law on broadcasting.

Council of Europe experts Besarion Bokhashvili, Toby Mendel and Eve Salomon, Ketevan Shengelia, head of the Georgian desk of the European Union program Creative Europe and employees of the Communications Commission are participating in the working meeting together with the MPs.