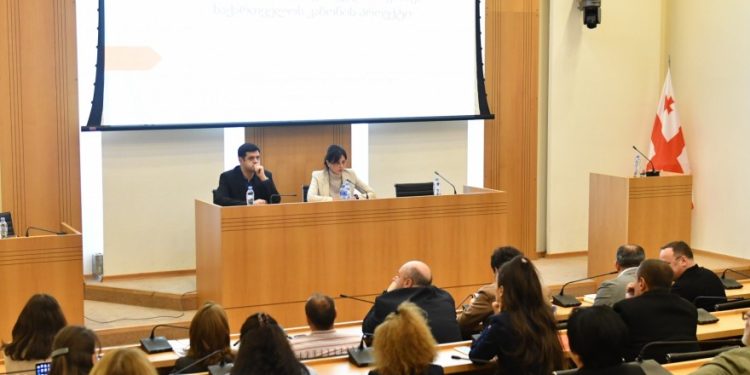 The Environmental Protection and Natural Resources Committee held a meeting with NGOs and other stakeholders interested in protecting domestic animals, where the Committee introduced the draft law on Domestic Animals.

The bill aims to create a safe environment for humans and animals, protect them from cruel treatment, ensure animal welfare and traceability, control animal reproduction, and prohibit animal fights.

“The primary objective of the document is for the parliament to pass legislation that will govern how domestic animals are managed, particularly when it comes to liability issues for both individuals and businesses. The issue, which is sadly real and escalating, affects all of us, including animal lovers, local governments, and common people. We continue to deal with situations that are essentially unacceptable in a humane society, despite the fact that the law has just become tighter. We won’t be able to resolve the issue if a uniform legal system is not developed and each municipality is not ready,” Maia Bitadze stated.

The representatives of various organizations discussed the main principles of the draft law and the systemic changes to be implemented.

The proposals and opinions expressed at the meeting will be reflected in the draft law, which will be initiated in Parliament.