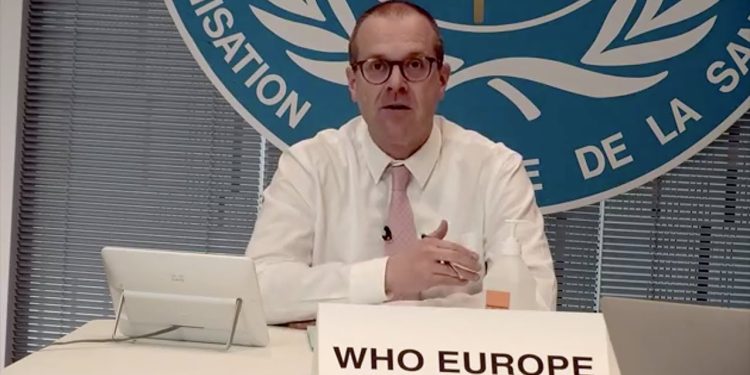 First, control – specifically in the context of COVID-19.

In a matter of weeks, the European Region is projected to reach 250 million confirmed COVID-19 cases since the pandemic began two-and-a-half years ago. We have made great strides in addressing the pandemic. But the virus is still circulating widely, still putting people in hospital, still causing too many preventable deaths – some 3,000 in the past week alone, about a third of the global recorded total. The virus is also still evolving to evade our countermeasures. With autumn and winter approaching, we anticipate a surge in cases – with or without a resurgence of seasonal influenza in Europe.

Our recently launched COVID-19 autumn and winter strategy is comprehensive, spelling out what needs to be done by countries to control both SARS-CoV-2 as well as other respiratory viruses.

The strategy outlines how we can combine what we know works, with the better use of new tools and tactics to reduce the impact of the diseases. With a stronger focus on community level surveillance, case detection and care, the strategy emphasizes the need for early detection, and primary care access to oral antivirals for vulnerable patients. This means continuing to stabilize transmission, without the need for blanket measures. The strategy also addresses persistent issues such as health providers’ own mental health and burnout – all under a single response framework.

The strategy also focuses on what we know has saved countless lives, and can save more.

Vaccination roll-out continues to progress in most countries, including in lower- and middle-income countries. Yet millions remain unvaccinated in many parts of our Region; we must find better ways to reach them. While doing so, we need to prioritize giving a second booster shot to the most vulnerable, including older adults, immunocompromised individuals and those with underlying medical conditions.

But individuals should continue to understand the situation they are in, and take common-sense steps to protect themselves too – like wearing masks indoors in crowded places and on public transportation, ventilating spaces well, and regular handwashing. These are not new messages – but remain critical to personal safety. As requirements have been lifted, the choice to use these simple but effective measures is with each of us.

The second action I want to emphasize today is towards elimination – in the context of the monkeypox outbreak, with the European Region recording more than 22,000 confirmed cases across 43 countries and areas – representing more than a third of the global tally.

There are encouraging early signs, as evidenced in France, Germany, Portugal, Spain, the UK, and other countries, that the outbreak may be slowing. To move towards elimination in our Region, we need to urgently step up our efforts.

Yet we believe we CAN eliminate sustained human-to-human transmission of monkeypox in the Region if we commit to doing so and put the needed resources towards that end.

That’s why this week we’ve launched two comprehensive policy briefs: One outlining the policy objectives and steps needed for the control and eventual elimination of monkeypox, the other specifically on the use of monkeypox vaccines.

These briefs provide a clear roadmap for governments and policymakers to mount an effective outbreak response. They also provide a clear message on what we believe our ultimate aim is: To first control, and ultimately achieve – and sustain – elimination of monkeypox infection in the European Region.

All countries – whether they currently have cases or not – need to implement a set of combined interventions towards this end.

Most importantly, with monkeypox, we really must target our response. The current outbreak emerged among men who have sex with men, often through sex with anonymous or multiple partners. That’s where the outbreak remains centered. And that’s where we must concentrate our prevention and response efforts – with the active collaboration and participation of the community itself, fostering an environment free of stigma and discrimination against this long-marginalized population Here at WHO/Europe we have actively engaged with LGBTIQ+ activists and organizations, including the organizers of Pride events – ensuring that they receive the best information and advice possible to further disseminate to the community, including at mass gatherings which may serve as a backdrop for sexual activity.

Similar community outreach and partnership efforts by some governments, for example in Portugal, have also resulted in high awareness of monkeypox, prompting individuals to take precautions and modify their behaviour, resulting in better health outcomes and helping curb the outbreak.

The third action for today is eradication – this, in the context of polio, a disease that crippled many children in our region in the past. As we look forward to celebrating the 20th year of polio-free status in the European Region we are reminded that the momentous progress made towards global eradication is very fragile.

In the past years, vaccine-derived polioviruses have been detected in Israel, Tajikistan, Ukraine and the United Kingdom. Given our interconnected world, the polio virus detected recently in New York, in the US is genetically linked to the viruses detected in Israel and the UK. Despite overall high immunization coverage, the poliovirus has found its way to susceptible individuals in under-vaccinated communities.

This is a wake-up call for us all. It is our shared responsibility to eradicate polio globally. Everyone who is not vaccinated, or whose children have missed their scheduled vaccinations, should seek vaccination as soon as possible. Polio vaccines are proven to be very effective and very safe.

Polio, monkeypox, COVID-19 – all of these have demonstrated repeatedly that a disease threat anywhere can quickly become a disease threat everywhere – a lesson we would indeed be foolish to ignore, all the more in the world of today.