What’s in Store for NATO in Madrid, and After? 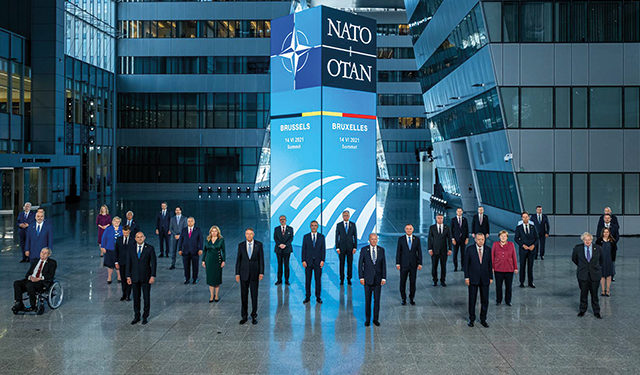 At the Summit in Brussels in June 2021, NATO Leaders agreed to begin work on a new Strategic Concept, which will be adopted at the upcoming Summit in Madrid in June 2022. Source: NATO

Following NATO’s summit in Brussels last year, members had a new task. There would be a Strategic Concept meeting the following year that would be instrumental in spelling out the next decade of NATO strategy and priorities. Now, as the date rapidly approaches, NATO leadership will have to reckon with a very different world from the last summit in 2010.

From July 29 to 30, Madrid, Spain, will be host to all 30 member countries, as well as several key partner nations. NATO Secretary General Jens Stoltenberg said in a meeting to set the date in Spain, “We need to keep adapting for the future. And that is exactly what we will do at the Madrid Summit.” This Strategic Concept is a core document that defines the alliance’s goals and vision for the next ten years and assigns member and partners tasks to achieve these goals.

The world is a far cry from what it was during the last summit. In the sphere of NATO, there has been immense change in the alliance’s operations and priorities. Once-critical tasks in Iraq and Afghanistan are now history, and Russia has risen to the forefront of foreign policy agendas around the world. This massive shift includes a significant amount of development programs for partner nations, joint training missions, and a focus on the Kremlin threat.

This change from combatting terrorism and stability operations in high-risk regions to near-per conflict is one that will shape the new Strategic Concept this year. Russia’s invasion of Ukraine and the ongoing war will certainly guide much of the conversation about European security and collective defense. However, this will also shape how the alliance intends to continue its support of the embattled nation and what hybrid and cyber threats NATO could face as a result of this support.

Ukraine and its relationship with the alliance will likely take center stage, being a dependent matter in almost all of NATO’s future goals. With the balance of power in the Euro-Atlantic being questioned by the Kremlin, and vague threats being leveled at NATO members and partners, Brussels has a serious problem to reckon with.

After former President Dimitry Medvedev, among others in the Russian government, made harsh statements against the West, NATO will need to take these more seriously. “People often ask me why my Telegram posts are so harsh. The answer is that I hate [NATO]. They are bastards and scum. They want death for us, for Russia. And as long as I’m alive, I’ll do anything I can to make them disappear,” Medvedev said on the popular social media platform.

This also comes after Medvedev said that strikes in Russian territory would result in strikes at other decision-making centers “not located on the territory of Kyiv.” While some may put this bellicose verbiage down to traditional Kremlin saber-rattling, it is still a serious threat NATO will need to discuss and include in the grander Strategic Concept moving forward.

This includes key partnerships with Moldova and Georgia, both of which are flashpoints between the competing powers. Moldova is facing instability in its occupied Transnistria region. Georgia may be pulled in two directions as moves are made by politicians in occupied South Ossetia threaten to make the Georgian region part of Russia. Brussels will need to remain steadfast with these two key strategic allies and provide the right level of support to deter further encroachments by Moscow.

With the potential of NATO expansion into the Arctic with Finland and Sweden, additional concerns of threats will be included in this plan. These two, including the Baltic trio of Latvia, Lithuania, and Estonia, have been targets of both Russian threats and alleged cyberattacks. Settling on a strategy to contend with this, the potential for escalation will need to be reckoned with by the alliance.

A growing concern for NATO is one that is outside the Euro-Atlantic theater. The increasing pressure China is putting on allies in the Indo-Pacific will be a significant issue that NATO, and particularly the United States, will need to address. Strategic partnerships with Japan, India, and Australia must be included in the future, as well as the growing potential of Russo-Chinese collaboration. This may not come to fruition militarily, but the economic and global strategic concerns of this link are likely to become increasingly problematic within the scope of the Strategic Concept.

The vision for NATO over the next decade is complicated by these extensive global security issues. East-West relations, economic stability, and humanitarian crises all combine to set the workload for Brussels. Jens Stoltenberg summarizes this by stating, “the Madrid Strategic Concept will reflect the new security environment, recommit to our values, and reaffirm our unity, ensuring that our Alliance is fit for the future.”