What the Namakhvani Protest Says about Georgian Politics 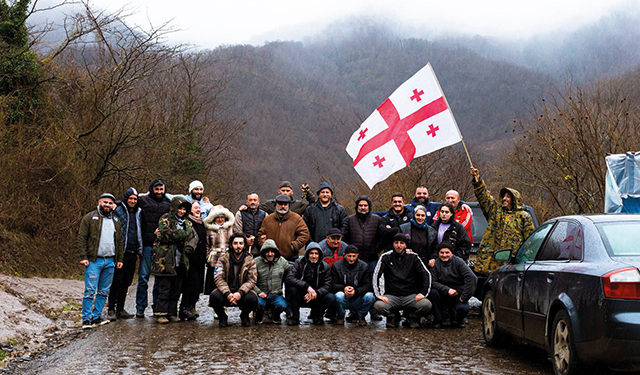 The protests against the construction of the Namakhvani Hydroelectric Power Plant (NHPP), have been increasingly associated with the shady politics in Georgia. Anti-establishment tendencies are on the rise, and protests are mainly motivated by a lack of faith in the political parties. There is an increasing understanding among the populace that most of political parties are an indivisable political class bent on the pursuit of financial gains and less interested in real development of the economy.

The Namakhvani project is a source of foreign direct investment (FDI) of a staggering $800 million. The inflow of FDI into Georgia has been in decline for some time, aggravating Georgia’s poor economic performance, hampered by high inflation, low salaries, and growing unemployment. The NHPP as a “historic project,” as it would create up to 2000 new jobs and solve one of Georgia’s most pressing energy troubles, as more than 35% of the energy consumed in Georgia is imported. This number is likely to grow in coming years.

Another argument of the proponents is that unless a project of this magnitude is implemented, the country’s energy security will be undermined, with the margin between local production and the level of import set to increase over the next years.

The NHPP is being constructed and managed by ENKA Renewables, which owns 90% of the project. The remaining 10% is owned by the Clean Energy Group company.

But there are also problems surrounding the project itself. Various allegations were confirmed in a report published by the Georgian online media outlet Mtis Ambebi. In a “classified” letter composed by the Justice Ministry, a number of negative remarks were made regarding the terms in the NHPP agreement.

There is a significant background to the anti-NHPP protests, which gradually became an all-Georgia development. In 1978, the largest hydroelectric power plant in Georgia, a 251-meter-tall dam on the Inguri River was constructed. In the mid-1980s, the Khudoni hydroelectric power plant was planned on the Inguri River, but was halted within the decade due to public demonstrations.

The anti-NHPP protest evolved into a movement against the country’s entire political class. One example the protesters use is that in 2012, the Georgian Dream party, which at the time was a part of the country’s opposition bloc, promised local residents they would stop the construction of the NHPP. This means for the protest movement that the entire political class on both sides of the aisle, whether it is the United National Movement or Georgian Dream, are the same.

The anti-NHPP movement also coincided with the deep political crisis the country has been through over the past year when, as a result of the parliamentary elections in October 2020, the population grew increasingly tired of the political games between the parties. Drop in support among the population was significant. Furthermore, pandemic-related economic problems aided the trend, which meant that at a certain point, major Georgian political parties could have been engulfed in an existential crisis against a people movement angered by shady politics within the government, regardless of which party was in charge.

However, the Tbilisi-based protest, supposed to be a turning point, failed to achieve its country-wide dimension. No serious concessions were made by the authorities. It is now also unlikely that the protests will lead to a change of power. Such rallies may become more frequent, but the government has taken the initiative. Propaganda-wise, on government-associated TV channels as well as through social media, a pro-NHPP agenda quickly managed to gain momentum. More and more people begin to think of the NHPP as a necessary project. This twist also coincides with a relative stabilization of the political life in the country, with opposition parties having entered the legislative after months of boycotting. Another strand of propaganda has been aimed at the leaders of the Namakhvani protest, criticizing their allegedly anti-Turkish stance (since ENKA is a Turkish company), thence xenophobic attitude. Some attempts to link the protests to Russia were also made. Furthermore, political parties too distanced themselves from discussions on the project.

In Georgia, there are growing sentiments against the political class. The latter, regardless which party is in power or opposition, is growingly seen as representing one entity, which has not been particularly vested in the improvement of the economy and social conditions of the country.