What on Earth Makes Georgia so Attractive? 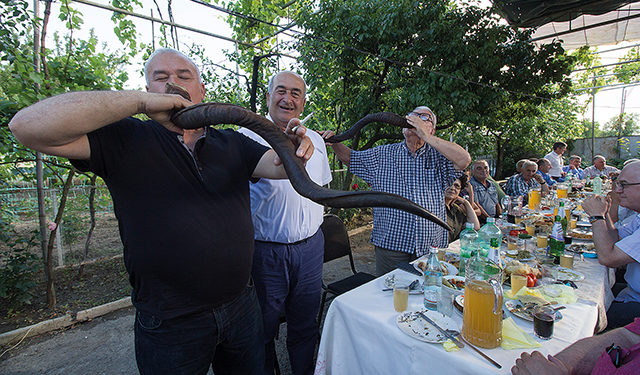 Frankly, this question doesn’t need to be answered by those who are already in love with Sakartvelo, either because they were born here or because they have learnt something good about it. This is the question asking for a response from an inquisitive, intelligent and sharp-eyed guest who likes Georgia, so I am ready to temporarily assume this unlikely role for myself.

Although the Russians have always been considered either colonizers or occupiers, they have also loved Georgia to death. They want to stay here for months and have fun ‘a la Géorgien.’ They have often stayed to reside here for good. I remember well that in the soviet era, the officials who were lucky enough to be directed by the government to Georgia on business were envied because Russians usually daydreamed of the Georgian hospitality, wine, food, and its beautiful climate and nature. They literally fought for a chance to find themselves in this country for at least a couple of days. Georgia was like a younger brother who felt obligated to host the senior bro in the most festive manner, and the Russians took all that for granted. Unbelievable but true, one of the reasons the Russians are angry with Georgians is that they forfeited the historical chance to sprawl, bathe and relax in the comfortable lap of the Georgian nature where they used to feel totally at home, and this is very symptomatic – the Russians loved Georgia for a reason.

Actually, the same kind of sentimental predilection towards Georgia on part of other nations is just as apparent. The Ukrainians, for instance, will never lose Georgians as benefactors, hosts and allies. They are simply rooting for Georgia at every presumable occasion. The kind of people the Georgians are and the sort of a land they dwell on, plus the relics of history and their lovely habit and skill to entertain the visitors, only serve to make this country terribly attractive.

On the other hand, a lot is left to be desired and done here. Tourism industry infrastructure like that of developed European countries would be helpful, and Georgia is trying as hard as it can to get to where its western family members are right now. The hope is that in this much accelerated time, things are happening quicker than they have in previous centuries and years. What matters most in this case is that Georgia has what one might call a gift of nature and history. What is left now is the wits and physical ability to hurry up and finish building the tourism infrastructure. Not much is left. And it is also true that what one can find here in Georgia is practically impossible to discover in other spots of the Earth because the place is truly unique, a fact which needs to be better introduced to the rest of the world.

The safety of travelling is also a very valuable thing on top of all that might attract a guest to this magical land. And another thing that one could say about Georgia without any reservations: most people who were born and grew up here have probably seen not more than one third of their own beautiful motherland. Isn’t it a shame? As such, they also count as potential tourists. After all, it is absolutely wonderful that so much is left in store for them to see and enjoy. They should even be glad that they have not yet tasted the rich flavor of this beautiful country. It is quite imaginable how much fun awaits all those future guests who are soon to fall in love with Sakartvelo and stay that way for the rest of their lives.