Western ‘Cool’ vs that Oriental Mentality 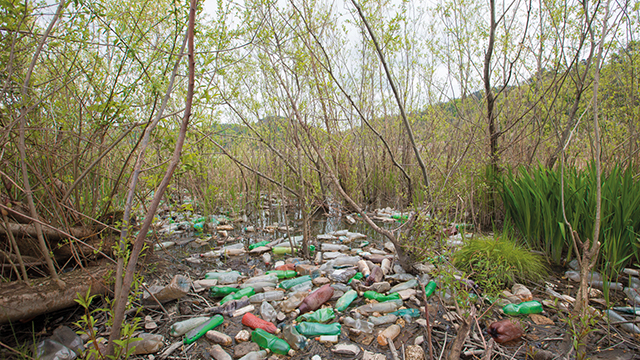 Most Georgians would feel hurt if you told them they are not European. We want to be part of the western culture because most of us, especially the younger generation, think that being western is cooler than having an oriental mentality, though this sentiment is wrong: all cultures have their own inestimable value, and the tendency to appreciate one at the expense of another is flagrantly pernicious.

But I’m not prepared to make a point without corroborating it with a couple of facts. Some of my unfortunate experiences might serve as such, although I am going to eschew the geographical locations and names of my chosen examples, as I don’t want to damage anybody’s business or ruin anybody’s moral architecture. The talk is only philosophical, based on real-life stories:

The façade of the luxurious five-star hotel I am talking about faced beautiful mountains, and a hillside river running over the rocks through a gorgeous riverbed, the water singing away its undying soothing melody. The place was beautiful, very expensive, and full of modern amenities, great service and the loveliest personnel I have ever seen. I could not even believe this was happening in Georgia! And the room- so inviting and beautiful. I looked around, soaking it up, as visitors usually do when they feel they are the owners of the place, even for a day or two. And finally, I turned to look out of the window.

I immediately wished I hadn’t ventured to: the riverbed, full of used plastic bottles of various colors, and years-old unidentifiable trash. I wonder what any guest, be they from East or West, might think of Georgia’s indigenous culture on looking down from the window of the chic hotel and seeing that. Would they regret the stay and ask for a refund, or just keep mum and decide not to come back again?

Culture is a very curious thing. It cannot come with luxury hotels and expensive cars. Culture must happen in the human mind, not outside it. Physical westernization will not help. “Western” or “Eastern” should be in our mind and spirit, not in the rags we hang on our bodies or the money we flaunt. Hotels won’t do any good. Only a ‘pristine riverbed’ can be a factor in our endeavor to “get westernized.”

This was an example of a physical fail. Now I’ll throw in a case that makes our spiritual and mental capacity a little reprehensible:

Imagine a nice restaurant in an exotic Georgian town, with a sumptuous menu, comfortable seats, and an abundance of green foliage around; fresh air, boys and girls running back and forth with graceful alacrity- angelic uniformed servers of the eatery. After enjoying that delicious food and drink, we ask for the check, and we get it. Although the bill was quite hefty, we took it in our stride and were making to pay, when a little note at the bottom of the paper caught our eye: ‘The old ones’. We were interested what it meant and why it had been written on our bill.

A brief investigation made it clear that the girl who served us had decided to make that strange note on the bill in order for her not to confuse her tables. We were labeled ‘the old ones’. We laughed it off, but left the place with a terrible taste in our mouths, because we had been identified in no better way than ‘old’. Anti-western and anti-eastern, uncultured and inhuman!

Sure, the kid didn’t mean all that when she used that epithet to describe us. She was simply brought up that way. The poor girl will probably have to go another hundred miles until she joins either the western or eastern side of culture as such. And I can’t blame her. This is just how much progress we have made so far on our way to modern human interaction.