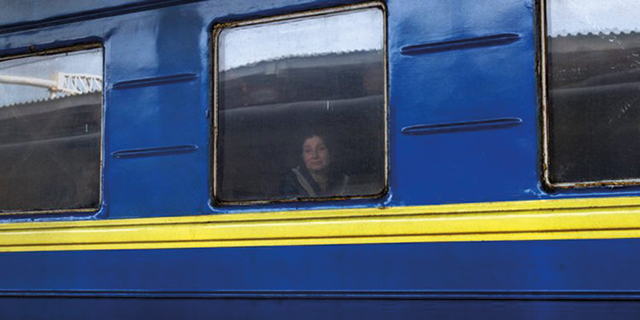 In the 8th week of Russia’s invasion, heavy fighting is still going on in several cities of Ukraine.
It is suggested that this phase of heavy fighting will last about two weeks, signifying the bloodiest moment of this war to date, and it will necessitate a large sacrifice for Ukraine, experts say.

April 18
“Ukraine’s coordinated resistance has put the Russian army in a difficult situation and has slowed down Russia’s advance. Attempts by the Russians to capture Mariupol caused great damage to the local population. A large amount of infrastructure has been destroyed and the population has suffered significant losses,” read a statement from the British Ministry of Defense, citing intelligence data.
British intelligence says the occupation of target settlements near Mariupol is similar to what Russia did in 1999 in Chechnya and in 2016 in Syria.

He noted that the Russian occupiers have repeatedly stated that the city has been taken, which has not yet happened.

“Mariupol is a monument and an example of the heroism of our people and soldiers. The fall of the city has been talked about for a long time – the Russians first claimed that the city had already been captured, then said that its capture was inevitable, but, as you can see, it has not happened yet, Budanov said.

The head of the main intelligence division also said that Mariupol would endure and not fall.

Budanov is convinced that “at some point, the Ukrainian army will be able to break the blockade.”

Russia called on Ukrainian soldiers in Mariupol to lay down their arms and surrender, to which the Ukrainians refused. The President of Ukraine, Volodymyr Zelensky, said that if Russia destroys the Ukrainian military in Mariupol, peace talks with Russia will become impossible.

April 19
Russia started a new phase of the war in the Donbas region, representatives of the Ukrainian authorities, including President Volodymyr Zelensky, reported.

“We can now confirm that Russia has started fighting for Donbas, for which they have been preparing for a long time. A big part of the Russian army is now focused on this fight,” President Zelensky said.

The war has so far claimed thousands of lives, including more than 200 children. Many Ukrainian cities have been totally destroyed.

Ukrainian officials in the Kharkiv and Luhansk regions have reported heavy bombardments by Russian forces, acknowledged a retreat from one important town, but claim to have successfully repulsed Russian attacks elsewhere, reported CNN.

“The mayor of Kharkiv, Ihor Terekhov, said on Ukrainian television that the city was being ‘constantly bombarded.’ He accused the Russians of ‘bombing residential areas, residential buildings, where there are crowds of people. There were hits today in the city. There are wounded and dead. Several hospitals and the city perinatal center were destroyed.’

“Terekhov said that 30% of the city’s population had left since the invasion began, but added that ‘as a rule people do not want to leave the city,’” reads the article from CNN’s Tim Lister and Julia Presniakova.

As reported by CNN, in the neighboring Luhansk region, the head of the regional military administration, Serhii Haidai, said: “The battle [for Donbas] has already begun, with multiple intensifications of shelling with all types of weapons, and attempts to break into the cities.”

He said that because of Russian attacks “the number of settlements without electricity, water and gas is growing.”

“There are only the remnants of infrastructure,” he said, with 35 settlements without power- 21 completely and 14 partially, and 37 without gas. “There is no water supply in the towns of Rubizhne and Popasna,” he said.

Based on the same source, Russian forces are on the edge of both towns.

Haidai also spoke about the Ukrainian troops’ retreat from the town of Kreminna in the Luhansk region Monday amid intense shelling.

“There was a battle at night; our troops retreated to positions that helped them defend themselves,” he said.

“For a long time, our troops held the line of defense in Kreminna,” Haidai said. “Freshly mobilized soldiers were thrown at them, reconnaissance was carried out, there were many attempts to attack. The enemy fired with GRAD, aircraft, mortars, artillery, and tanks. It no longer made sense to stay there. Our defenders would simply die, and there would be no point in that. That’s why our defenders moved away from Kreminna.”

“Our defenders, first of all, act so as not to harm citizens. The enemy, on the other hand, strikes at everything in its path,” he said. “They no longer try to make breakthroughs, but just level everything to the ground.”

“The Ukrainian Defense Ministry reported some successes elsewhere in the east, saying that Russian attempts to advance around Izium had been repelled. Russian forces have been arriving in the Izium area after the town fell at the beginning of the month, but they’ve made little progress since,” reported CNN.

April 20
Ukraine received fighter jets to help resist the Russian invasion, as Moscow intensified its offensive in the east, where a besieged officer in Mariupol warned Wednesday that his forces were facing their “last days, if not hours”.

The commander of Ukrainian forces making a stand in Mariupol issued a dire warning Wednesday, saying his fighters holed up in the Azovstal steel plant were “dying underground.”

In audio messages sent to The Washington Post, Major Serhiy Volyna of the 36th Separate Marine Brigade, holding out against an advancing and much larger Russian force, appealed for other countries to help them secure a way out.

“While the world is asleep, in Mariupol, the guys are dying,” Volyna said. “They’re suffering losses. They’re being bombed, torn up by artillery, and they’re dying underground surrounded by the wounded and the living.”

His comments came as another deadline was set by the Kremlin for Ukrainian forces in Mariupol to surrender. Previous deadlines issued by Moscow had been refused.

Russia’s state-run news agency Wednesday reported that a “mop-up operation in Mariupol” was “nearing its conclusion,” citing a statement from a pro-Moscow separatist group in the area.

“Ukraine has reached an agreement with Russia to establish a humanitarian corridor for the evacuation of women, children and the elderly from the besieged city of Mariupol,” said Ukrainian Vice Prime Minister Iryna Vereshchuk. “Given the catastrophic humanitarian situation in Mariupol, we will focus our efforts here today,” she wrote on Facebook.

Thousands of people have been stranded for several weeks in the port city of Mariupol, which is under siege by Russian forces.

Ukraine hoped to evacuate 6000 women, children and elderly people from Mariupol on Wednesday if its preliminary agreement with Russia held.

Mayor Vadym Boichenko, who left Mariupol, said 90 buses were waiting to head to the devastated southern port city. He cautioned that the agreement was still only a preliminary arrangement and that about 100,000 civilians remained there.

According to Reuters, a small group of civilians was able to leave the besieged city of Mariupol in southern Ukraine. According to eyewitnesses in the port city, dozens of people boarded a small convoy of buses and left the planned evacuation point for Zaporozhye.

Zelensky said he and the President of the European Council discussed sanctions against Russia, support for Ukraine’s defense and financial sector, and the questionnaire necessary for EU membership.

“A great friend of Ukraine – the President of the European Council, Charles Michel is in Kyiv today. We discussed sanctions against Russia, our state’s defense and financial support, and answers to the questionnaire in line with EU criteria. Thank you for the important meeting with the people and for the solidarity!” Zelensky wrote on Twitter.

On Tuesday, Western leaders had promised to provide more help to Ukraine during a videoconference convened by US President Joe Biden, which Michel participated in along with other EU leaders.

April 21
Ukrainian Vice Prime Minister Iryna Vereshchuk reported that the humanitarian corridor from Mariupol did not work as planned.

“Unfortunately, the humanitarian corridor from Mariupol did not work as planned today. Due to the lack of control over their own military in place, the occupiers were unable to ensure a proper ceasefire.

“Also due to their disorganization and negligence, the occupiers could not provide timely transport of people to the point where dozens of our buses and ambulances were waiting.

“Tomorrow morning, we will renew our evacuation efforts. To our people in Mariupol: we will fight for each of you!” she wrote on Facebook.

UN Secretary-General Antonio Guterres called on the sides to hold a humanitarian pause in Ukraine for four days starting April 21.

Kyiv agreed with the appeal for a four-day humanitarian truce during Easter, the Ukrainian Foreign Ministry said.

“We fully share the opinion that a humanitarian break is necessary for the safe evacuation of thousands of civilians that want to leave dangerous areas of the ongoing hostilities, first of all from long-suffering Mariupol,” the ministry said.

First Deputy Permanent Representative of the Russian Federation to the UN Dmitry Polyansky on Tuesday said that he was skeptical about the idea of an Easter truce in Ukraine because Ukraine hadn’t observed previous armistice agreements. Polyansky said that the Defense Ministry in Moscow should make a decision on a possible truce.

The head of the Donetsk People’s Republic Denis Pushilin told TASS on Monday that Antonio Guterres’ proposal for a humanitarian pause to safely deliver humanitarian aid is potentially dangerous, as “Ukraine always uses ceasefires to regroup its forces and reinforce positions.”

Russia rejected the UN’s plea for an Easter break to the fighting early on Thursday morning.