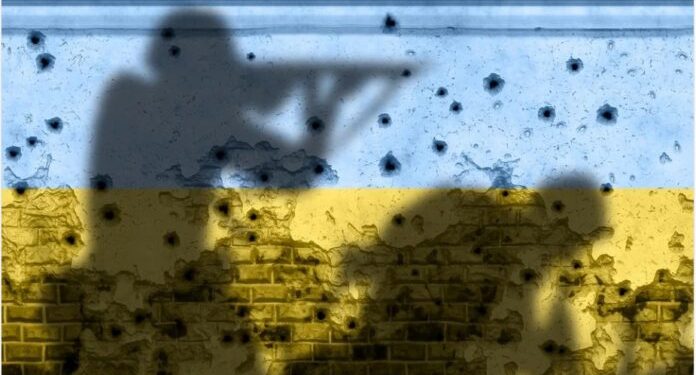 Ukrainian counter-attacks are actively ongoing in the direction of Kherson region. The Russian military retreated to the defense line of the settlement near Dudchan in the face of intense attacks by Ukrainians – the Russian military propagandist, Igor Strelkov (Ghirkin) reports.

Ukraine has continued to attack Russian positions near Kherson, targeting Russian transportation and logistics facilities in the area.

Reports suggest Ukrainian troops have made gains at several locations on the Russian front line in recent weeks.

They have also attacked bridges, ferries and pontoons, attempting to make Russian positions on the west side of the Dnieper River unsustainable, and thereby force a withdrawal.

In total, more than 100 various types of armored vehicles are involved in the ongoing attacks in this direction of Kherson region.

At the moment, 3-4 Ukrainian mechanized battalions and 1 tank battalion are attacking the above-mentioned direction, and there are already reports that the front line near Dudchin has been breached, which means that the positions of the Russian military in the Kherson region are on the verge of collapse.

The famous Russian propagandist and military commentator, Yuri Podoliaka, claims that the battles are already taking place beyond Dudchan.

“The Russians had a significantly fortified defensive zone in Dudchan, although it seems that the Ukrainians have easily broken through it,” Podoliaka noted.

Previously, the Ukrainians liberated the important strategic settlement of Kremenina, from where they can move to Lysychansk and Severodonetsk.

Russia recently withdrew its troops from the strategic Ukrainian town of Lyman, in a move seen as a significant setback for its campaign in the east.

Thousands of soldiers were encircled in the town, Russia’s defense ministry said.

The town had been used as a logistics hub by Russia, and gave Ukrainian troops access to more territory in the Donetsk and Luhansk regions.

Vyacheslav Gladkov, the governor of Russia’s Belgorod region, has posted on Telegram to say that Ukrainian forces fired on the village of Golovchino, which is over the border from Ukraine’s Sumy and Kharkiv regions.

“Along with Lyman, Ukraine forces have liberated the small Arkhanhelske andMyrolyubivka settlements in the Kherson region as well,” Reuters reported Volodymyr Zelenskiy as saying.

Ukraine’s Interfax agency reported that according to Serhiy Cherevatyi, spokesperson for the Ukrainian Eastern Group of Forces, Ukraine’s forces recaptured Torske, a village in the Donetsk region, about 15km (nine miles) east of the now-liberated Lyman.

Russia’s parliament will consider on Monday bills and ratification treaties to absorb the regions annexed by President Vladimir Putin, the speaker of Russia’s lower house of parliament, Vyacheslav Volodin says.

The areas Putin claimed as annexed just over seven months into Russia’s invasion of its neighbor – Donetsk and Luhansk plus Kherson and Zaporizhzhia in the south – are equal to about 18% of Ukraine’s total surface land area.